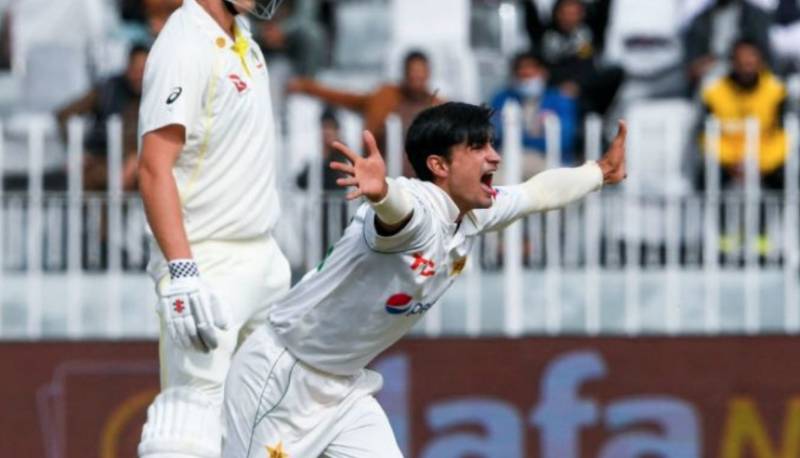 LAHORE – Pakistan’s left-arm spearhead Naseem Shah is building his reputation in the ongoing Test series against Australia. He has joined the illustrious list of bowlers who have taken four or more wickets in an inning against Australia.

Shah and Shaheen Afridi knocked over eight wickets and restricted visitors to 391 of series-deciding Test in Lahore.

Boom Boom made the record with five wickets in his debut Test match against Australia in 1998 while Amir recorded exceptional figures of 5/15 at the Melbourne Cricket Ground in December 2009.

Naseem Shah, who recorded figures of 4/58 in the Lahore Test, dismissed Steve Smith for 59. He claimed the wickets of Travis Head and Cameron Green and later outclassed Nathan Lyon.

The red ball series remains a tie between Shaheens and Kangaroos at 0-0 as the two teams are pulling all efforts to bag the final one.