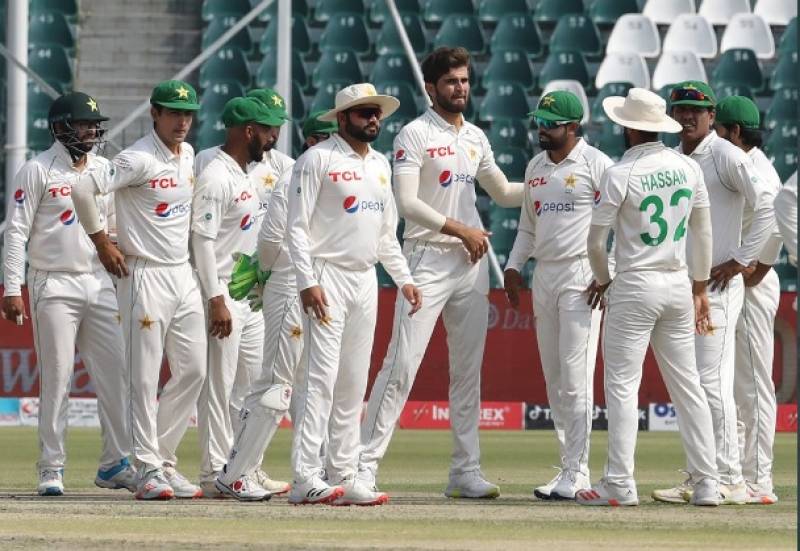 Pakistan batting line forged an unbeaten second-wicket stand of 70 runs after Imam-ul-Haq went back to the pavilion with just 20 runs on the board in the crucial game at the Gaddafi Stadium.

Cummins-led squad bowlers displayed A-game with tight bowling after getting bowled out for 391 however strong defence from Shaheens negated the pressure as they stretch the partnership on Day 3.

It’s stumps in Lahore! Pakistan struck just at the right time to gain an upper hand, and now it’s up to the batters to deliver on Day 3. #BoysReadyHain l #PAKvAUS pic.twitter.com/eWjy8q2UKF

Earlier in the day, Babar Azam led the unit dismissed visiting side for 391 runs with Shaheen Shah Afridi and Naseem Shah bagging four wickets each.

The young pacers pressurized Kangaroos while senior player Nauman Ali took a wicket to help Pakistan get Australia out under 400.

After a spectacular bowling stint by the Shahs, we close Day 2 trailing by 301 runs.#BoysReadyHain l #PAKvAUS pic.twitter.com/NEVQKidyZM

The left-arm seamer started the proceedings after both sides returned and trapped Alex Carey in his legs after he scored 67 runs.