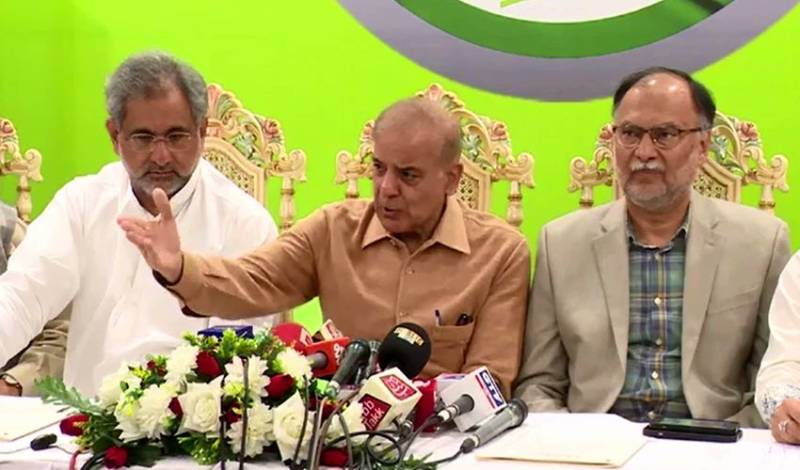 Sharif, who is also leader of opposition in the National Assembly, said this at a press conference in the federal capital.

Extending good wishes to the guests who came to Pakistan to attend a session of the OIC Council of Foreign Ministers, the PML-N president expressed the hope that the forum would raise voice for Kashmiri and Palestinian people.

Referring to the claims of Broadsheet Chief Executive Officer (CEO) Kaveh Moussavi, Sharif said he had sought an unconditional apology from Nawaz Sharif.

He said that Mousavi exposed the NAB-Niazi nexus, which left no stone unturned to prove Nawaz Sharif corrupt but failed. He praised Moussavi for "revealing the truth" and vindicating Nawaz Sharif's position.

Regarding the return of Nawaz Sharif to Pakistan from London, the PML-N president said that Nawaz needed permission of his doctors and only then he would be able to return to Pakistan.