Fawad Khan refuses intimate scenes as 'he isn't comfortable with it' 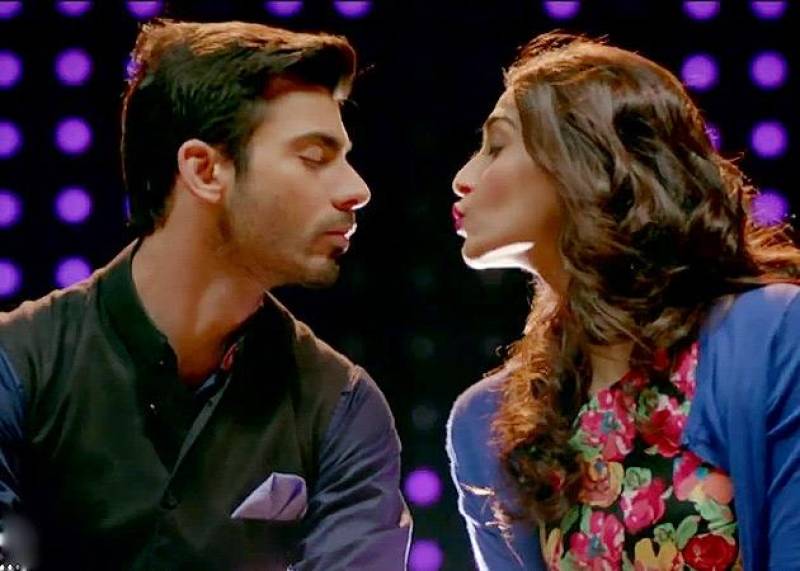 MUMBAI (Web Desk) -Pakistani star Fawad Khan, who debuted in Bollywood with Khubsoorat last year, has once again refused to do intimate scenes with his co-stars as he thinks 'I am not comfortable with it'.

The actor was to share an intimate sequence with Sonam Kapoor in ‘Khoobsurat’ but he never kissed her in the film. He has once again refused to kiss Sonam in ‘Battle for Bittora’. According to a DNA India, the actor has a special clause that says he will not get intimate on screen with his actresses as he is not comfortable with it and he doesn’t think that it will go down too well with his Pakistani fan-base.

Fawad Khan wants a clean image and that shows in his every role either in Pakistan or India. Previously, he refuses to do intimate scene with actress Alia Bhatt in ‘Kapoor and Sons’.

Fawad Khan will be paired opposite Sonam Kapoor yet again. But the actor, who showcased a sizzling chemistry with his co star, does not want to do intimate scenes on the big screen. He is married to his childhood love Sadaf Aftab and has expressed his disinterest for any intimate scene.