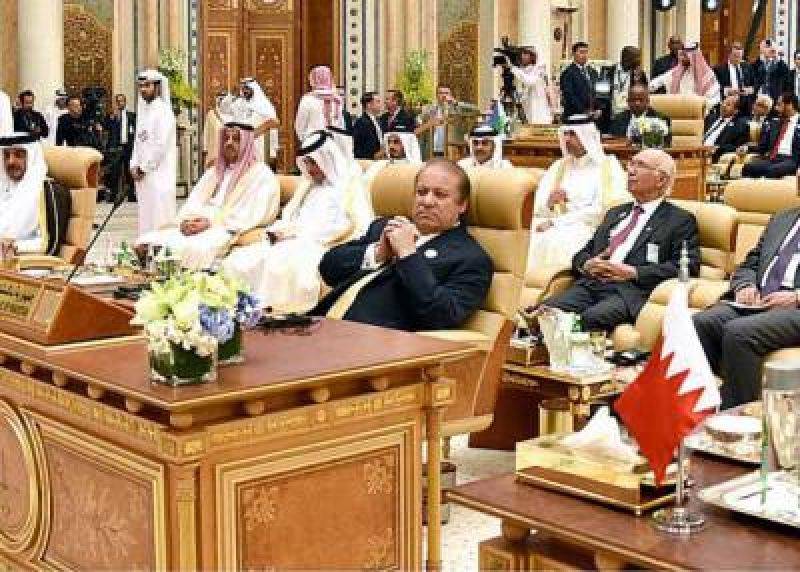 RIYADH - Pakistan that is a front line player in the war on terror apparently faced isolation at US-Arab Islamic Summit where Prime Minister Nawaz Sharif was not given a chance to present his point of view regarding terrorism.

According to Roznama Nawa-i-Waqt, the prime minister spent two and hours to prepare a speech during a special flight to Saudi Arabia to attend the summit.

The daily reported that Special Adviser to PM on Foreign Affairs Sartaj Aziz was present to tell the reason why the prime minister was not invited to address the gathering.

Leaders, who are not even facing menace of terrorism, were given chances to present their views, but Pakistan was neglected.

U.S. President Donald Trump also did not mention the Pakistan in his speech, but declared India a terror-hit country, despite its atrocities in Kashmir.

On Sunday, US President Donald Trump called on Arab leaders to do their share to fight “Islamist extremism” in a speech that put the burden on the region to combat militant groups while urging unity among religions.