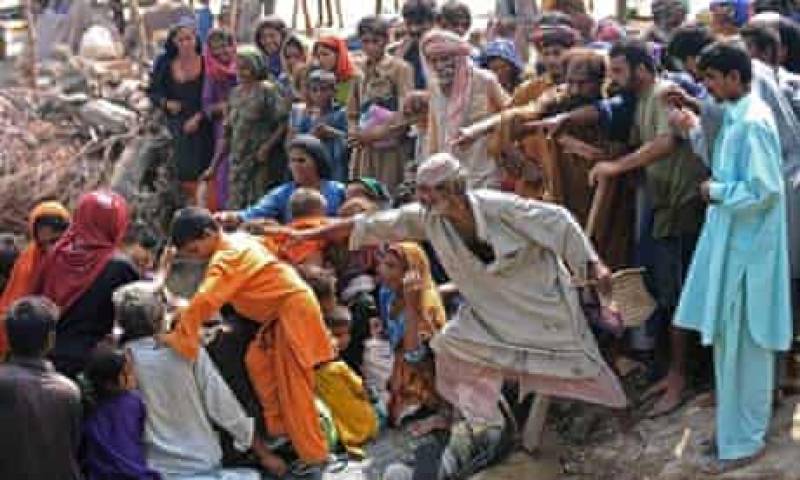 Pakistan is a country which is situated in South Asia and has been experiencing a number of hazards and disasters from independence to the current date. Sometimes the term hazard is mixed with disaster but in actual they are both separate things related to one phenomenon. Hazard is a potentially damaging physical event, phenomenon, or human activity that may cause the loss of life or injury, property damage, social and economic disruption, or environmental degradation. When this hazard exceeds the coping capacity it becomes a disaster. The developed countries have prepared hazard maps for different types of hazards e.g. earthquakes, landslides, cyclones, tornadoes, floods, droughts, etc. according to their frequency and probability of occurrence. Unfortunately in Pakistan, there is no such system for pre-alarming of hazards and disasters. America and other countries have their own database system on which disaster damages and the total number of affected people along with deaths figures are also available.

Pakistan needs to develop a comprehensive database system for maintaining data of disasters in Pakistan and their corresponding damages. However, by the analysis of the American-based database system (Disinventar), it is quite clear that about 35% of the totals deaths during disasters in Pakistan occurred due to earthquakes. According to EM-DAT, about 1.5 lac died due to an earthquake from independence. Due to the earthquake in 2005, there was huge damage to the economy of our country. Pakistan has developed earthquake seismic zone maps for risk reduction but there are many factors that are affecting in implementation of this map. With the growing population of Pakistan, there is a 39.1% urbanization rate which is due to lack of facilities in villages and trouble areas. Areas of seismic fault line are being developed by housing society developers but nobody cares about the life of residents if there is an earthquake in this region. About 21% people of the total deaths due to disasters died due to floods. Poor planning and risk assessment is the main cause of this number of valuable people’s deaths. Many countries have generated 10 years plans for disaster management for upcoming disasters. There is a proper podcast and broadcast system in third-world countries like Cuba for awareness of hurricanes disaster. Education related to disaster is an important factor so that people may identify the risk and warn other people to prevent disasters. A girl was present on the bank of sea and saw some regulations in water. She told her parents and they warned other people. Hence all of them remained safe in a tsunami. When this girl was interviewed she said: “I was taught by our geography teacher in class about signs of tsunami two weeks ago that’s why I analyzed the situation and told my parents”. Disaster risk reduction is possible by education of school-going children in Pakistan. An upcoming generation will aware of it, knowledge will be transferred to the next one.

Another important factor is the construction of earthquake-resistant structures and following international buildings, bridges, road construction codes. Areas of fault line like Islamabad, Muzaffarabad, Mirpur AJK are present in seismic danger zone. Therefore, there is a need to make earthquake-resistant structures. The role of govt and its corresponding departments which grant approval of these structures is essential. Earthquake emergency response drills like Japan should be started in Pakistan to aware people that how to respond during this disaster.

By awareness and education, we can make people more resilient and cop small and major disasters. We cannot stop the occurrence of hazards but we can make people and livestock less vulnerable. Sustainable development is necessary for all these aspects. If an early warning system is adopted by Govt. then damages of disasters can be minimized along with reduction of their effects on the economy and social life.

The writer is a research scholar in CUST Islamabad, journalist, and political analyst. He can be reached at abrar19125@gmail.com.