American doctor flies to Pakistan to marry Gujranwala based tailor 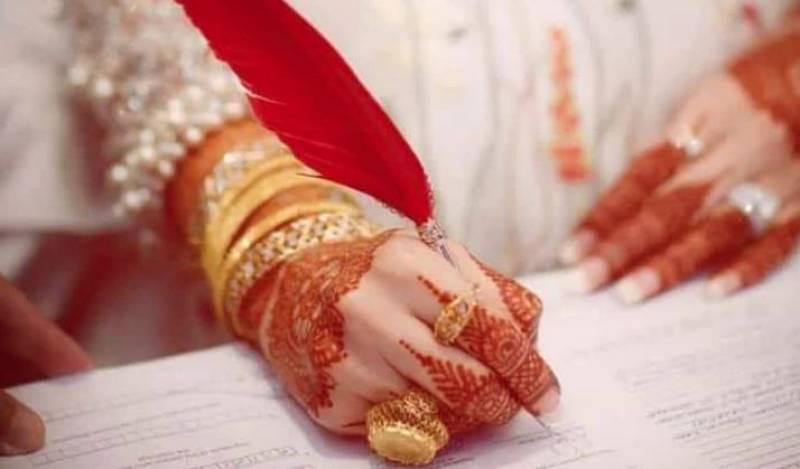 GUJRANWALA – In yet another example of love beyond borders, an American gynaecologist travelled all the way from the United States to find her love in the ‘city of wrestlers’ in Pakistan that is quite famous for its food.

Reports in local media said a woman named Meg, who works as a gynaecologist at a state-run medical facility in Chicago, converted to Islam after being inspired by the Islamic teachings of her Pakistani lover.

The lovebirds started off as friends on a social site and decided to get hitched when Meg visited Pakistan. Dr. Meg reportedly converted to Islam at the hands of Hafiz Muhammad Ashraf Raza Qadri, and she was given the Islamic name Haniya.

The newlywed is all praise for Pakistanis who according to her are loving and cheerful people. Haniya also expressed pleasure after meeting her in-laws, saying they are all very lovely people.

The Pakistani-American couple soon became the talk of the town and people on social media are wishing them all the best for their lives ahead.

HAFIZABAD – In another story of love beyond borders, a 83-year-old woman travelled all the way from the Central ...

Last year, an 83-year-old woman travelled all the way from the Central European country of Poland to meet her 28-year-old lover who was an auto mechanic in Hafizabad.