Is Aamir Liaquat getting ready for fourth marriage? Here’s all you need to know 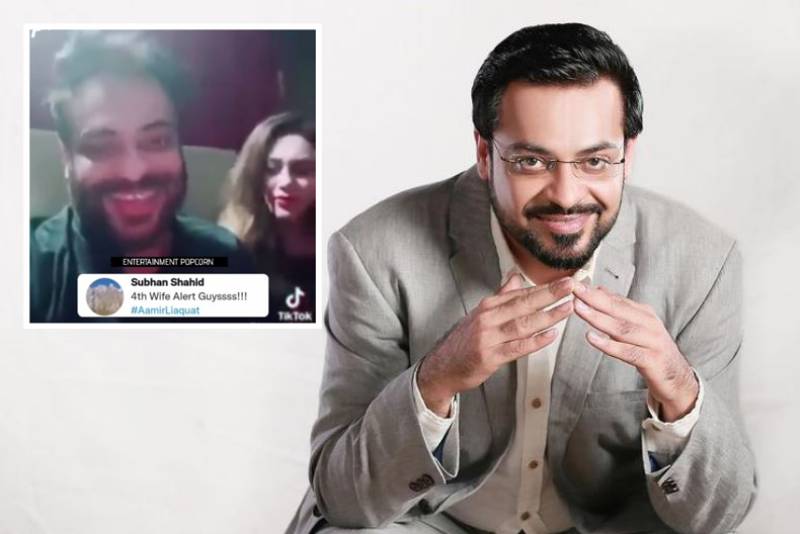 Controversial TV show host and political figure Dr Aamir Liaquat is trending again on social media, but this time not due to his third or fourth marriage. This time he has left netizens in shock with his latest TikTok video.

The news about his fourth marriage is also circulating on social media whereas the online debate on his private video and divorce is still going on.

As Aamir’s teenage wife Dania has bid him farewell, he is receiving new marriage proposals. A girl is claiming to have immense love for Aamir – who married three women and all of them have now left him.

In a recent TikTok clip, the TV show host can be seen lip-syncing a dialogue of the Indian movie Jab We Met.

Social media users after watching the clip are claiming that Aamir will marry this woman in near future. However, there has been no reaction from the Karachi-based politician to the video.

The former PTI lawmaker has made a comeback on social media days after announcing his departure from Pakistan forever following the leaked videos saga.

In the shocking clips, Aamir is seen fully naked, allegedly after taking drugs. The clips were allegedly shared by Dania Shah, his third wife who recently made startling revelations and filed for divorce over Aamir’s ‘abusive acts’.