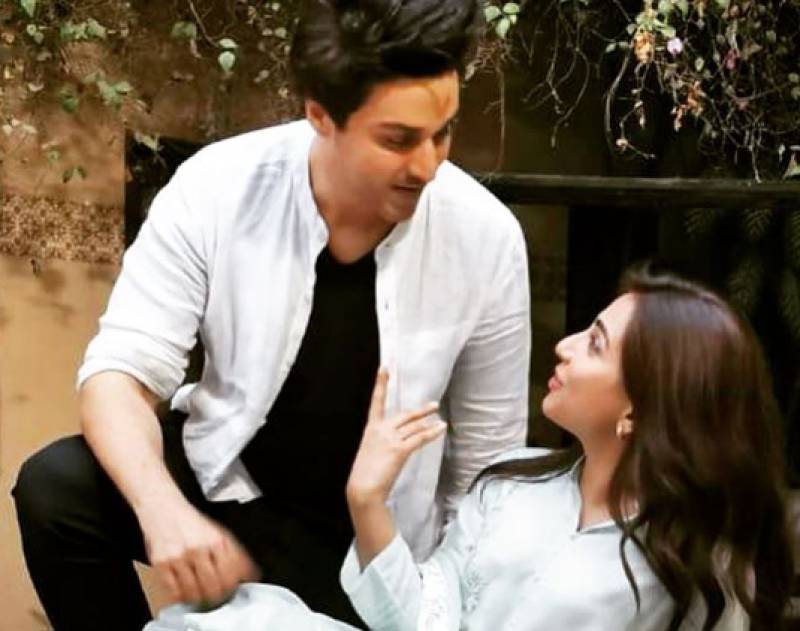 KARACHI - Pakistani TV stars Ushna Shan and Ahsan Khan are all set to be appearing on TV screens together for the first time in 7Th sky Entertainment series. The drama is likely to go on-air on Geo Entertainment sometime in early 2020.

The actor Ahsan Khan himself is teasing about the upcoming project, according to him, something wicked is on its way!

As per the reports, the upcoming drama series is titled Bandhay Aik Dor Say. The story of this drama is written by Faiza Ifthikhar, who has popular dramas including Dil Lagi and Zindagi Dhoop Tum Ghana Saya to her credit.

The story of the play is going to be a love triangle featuring Ushna Shah plays as Maheen, while Ahsan Khan will be seen playing the character of Umer. We also get to know that the upcoming series will also feature Hina Altaf in a negative role for the first time.