Will Nawaz Sharif return to Pakistan for mother’s funeral?

Shehbaz, Hamza to request for parole to attend the funeral in Lahore 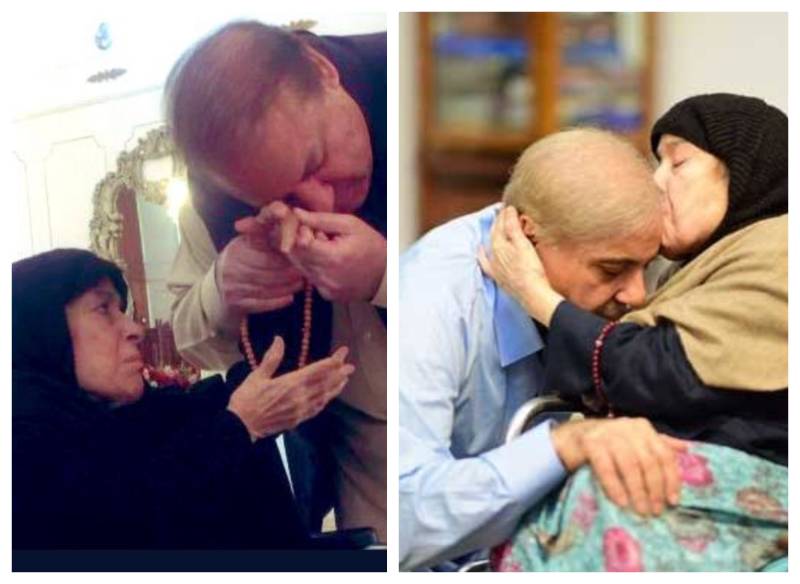 ISLAMABAD – The mother of former prime minister Nawaz Sharif and former chief minister Punjab Shahbaz Sharif passed away at the age of 89 in London on Sunday.

Begum Shamim Akhtar was staying with his son and deposed PM Nawaz Sharif in the British capital since February this year. The deceased was receiving treatment at a London hospital and her body is currently kept at the Avenfield Apartments – the same property mentioned in the infamous Panama Papers.

Sources in Pakistan Muslim League-N say the Sharif family will make arrangements to transport the body to Pakistan for burial.

Ex-finance minister Ishaq Dar informed the media that Nawaz Sharif will not be able to accompany his mother's body to Pakistan because he has been advised by doctors not to travel because of his ailing health.

Nawaz Sharif is not allowed by his doctors to travel and #ShamimAkhtar was forced to be in London with @NawazSharifMNS due to political victimisation, @MIshaqDar50 says pic.twitter.com/XYUdvtDV6k

However, it is yet unclear who will accompany the body as Nawaz Sharif has been declared proclaimed offender in Pakistan. Both his sons, Hussain and Hassan, are also staying in London while Maryam Nawaz is in the country where she is rallying for a grand opposition alliance against the ruling PTI government.

On the other hand, Shehbaz Sharif is under imprisonment in the country.

PML-N spokesman Ataullah Tarar said Sunday that a request will be submitted to the court to allow Shehbaz and his son Hamza to be released on parole so that they could attend the funeral.

Sources added that the deceased will be buried alongside her husband, late Mian Muhammad Sharif, at their Jati Umra residence near Raiwind.