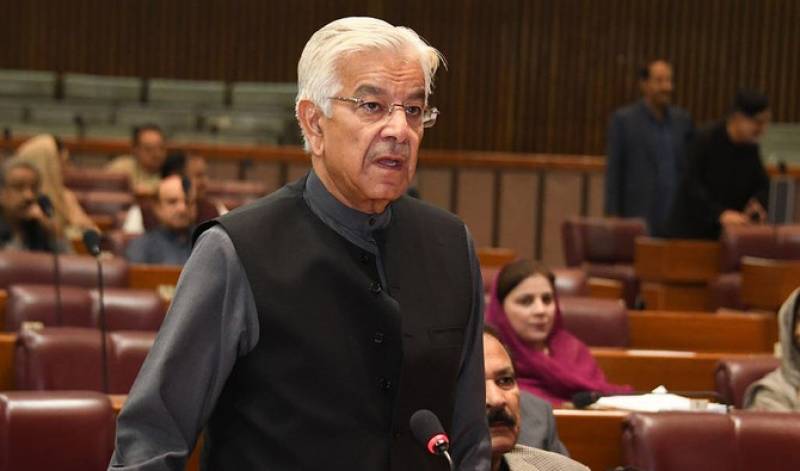 ISLAMABAD – Defence Minister Khawaja Asif has said the new army chief will be announced by November 26.

The incumbent head of the Pakistan Army, General Qamar Javed Bajwa, will retire on November 29.

“General Bajwa will retire on December 29, but the new army chief will be notified before that, by the 26th of this month,” Asif said in an interview to a Pakistani news channel.

He explained that as per tradition, the Prime Minister’s Office had sent a letter to the Ministry of Defence as well as to the army headquarters, GHQ, to send dossiers of the top contenders for the army chief’s post.

“The GHQ will send names and dossiers detailing the services of all prospective candidates for the post of army chief,” Asif said.

“A summary [of candidates’ names] prepared by the defence ministry [and sent to PMO] is a tradition and the process has no legal constraints … In my opinion, PM Shehbaz [Sharif] should be following this tradition.”

Among the top contenders for the army chief's post are Lieutenants-General Asim Munir, the army’s quartermaster general; Azhar Abbas, the chief of general staff; Nauman Mahmood, president of the National Defence University and Faiz Hameed, the former chief of Pakistan’s premier Inter-Services Intelligence (ISI) and currently the commander of the army’s Bahawalpur Corps.

Asif’s repeated comments in the last week that the new chief would be appointed by November 25 have given rise to widespread speculation that the government’s choice is Gen Munir, who is technically the senior-most of the top generals in the army but is set to retire on November 27, two days before the incumbent hangs up his uniform. He thus needs to be appointed before November 27 in order to become chief.

An army chief’s tenure is for three years from the date of appointment, but they often obtain extensions, as did Bajwa in 2019.

The appointment of a new army chief will have a bearing on the future of the burgeoning democracy and set the tone for Pakistan's relations with India, Afghanistan, China and the United States.