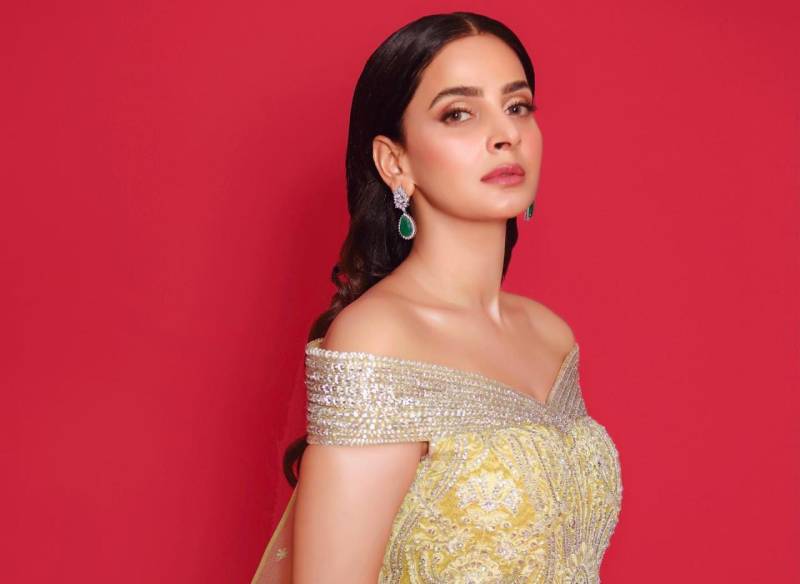 The Cheekh actress recently secured an award for her critically acclaimed film, Kamli, directed by Sarmad Khoosat. The award show held in Chandigarh, India, witnessed many Pakistani stars being awarded.

The event was organised by the South Asia Forum for Creative Arts and Heritage. The 4th edition of IVIFF received over 1000 entries out of which 21 films were screened from Pakistan, Nepal, Bangladesh, and other South Asian countries.

Lollywood diva Saba Qamar is a talent powerhouse who has wooed the audience with her charismatic performances in the ...