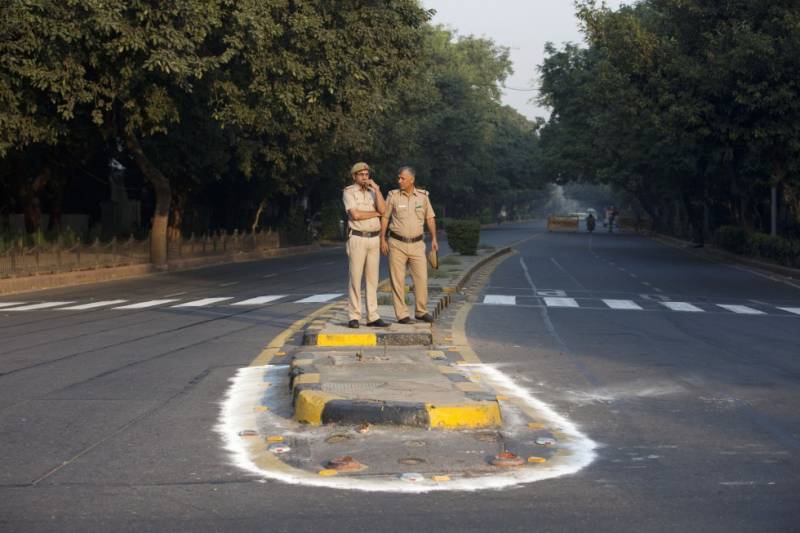 Delhi chief minister Arvind Kejriwal flagged off the initiative by cycling along what would normally be one of the city’s busiest roads, flanked by a couple of hundred bureaucrats and bicycle enthusiasts.

“People should leave their vehicles and use public transport. Since pollution is increasing in Delhi, there is a need to run, cycle which is also good for health,” Kejriwal said.

Around 8.5 million vehicles ply the city’s roads, which are considered highly unsafe for both pedestrians and cyclists.

Authorities have been criticised for failing to curb pollution, in a city ranked by the World Health Organization as having the worst air quality in the world.

Thursday’s voluntary initiative, lasting five hours, was held on a public holiday when most offices and schools are shut and traffic is thinner anyway.

Cars were seen using a designated “car-free” stretch — running from the historic Red Fort to India Gate in central Delhi — ignoring volunteers on foot who were encouraging them to turn back.

“It is more of a symbolic gesture at the moment, more of an awareness-raising activity,” Anumita Roychowdhury, executive director of Delhi-based Centre for Science and Environment think tank, told AFP.

“What we need to curb the city’s pollution is simultaneous hard decisions on restraining car usage through parking policies, taxation and scaling up of public transport,” she said.

Delhi’s government is determined to push ahead with the initiative, planning a “car-free day” once a month in designated sections of the city.

A WHO study of 1,600 cities released last year showed Delhi had the world’s highest annual average concentration of small airborne particles known as PM2.5 — higher even than Beijing.

These extremely fine particles of less than 2.5 micrometres in diameter are linked to increased rates of chronic bronchitis, lung cancer and heart disease as they penetrate deep into the lungs and can pass into the bloodstream.

India’s top court, acting on a petition, this month approved a government trial to slap charges on thousands of diesel trucks, which mostly enter the city at night en route to other states, in a bid to reduce traffic.