This King of Chillies eats over 5 pounds of chillies everyday 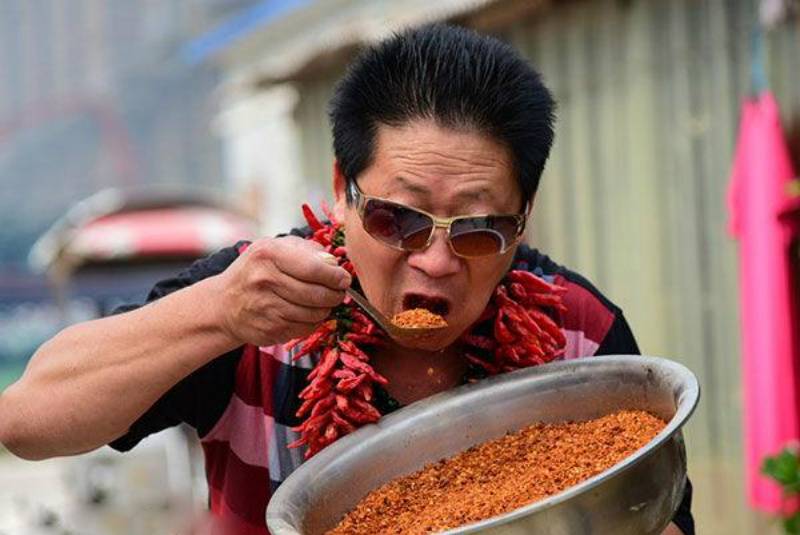 ZHENGZHOU (Web Desk) - Li Yongzhi, 48, is fondly known as the ‘king of chilli’ in his home village of Shawoli, Henan Province. He starts his day with a chilli mouthwash and continues to eat copious amounts for breakfast, lunch and dinner.

Li has loved spicy food since childhood, and that chilli is his staple food - he could eat meals without meat or eggs, but never without a handful of chillies, the Oddity Central reports.

“Most people brush their teeth in the morning, I just eat chillies to freshen up my breath,” he proudly stated. “Without chillies, any meal is tasteless.”

In fact, Li’s chilli needs are so great that he grows his own supply of eight different types of peppers in his backyard. 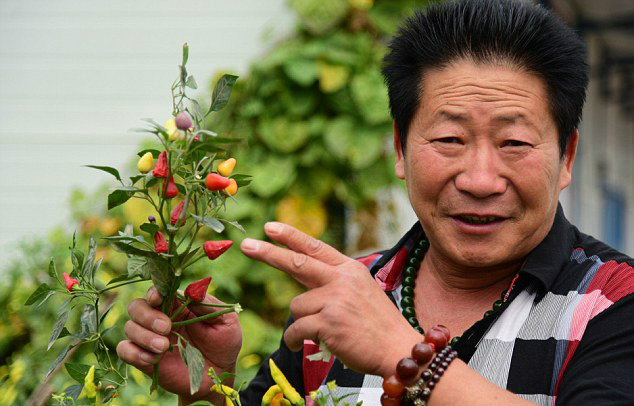 Li’s obsession with chillies began ten years ago. He liked them, but up until then he only consumed limited quantities. But then his son had an accident and Li was faced with medical bills worth tens of thousands of yuan.

He barely had any money to spend on food and one day, he actually fainted from starvation while walking on the road.

Passing out made the king of chillies realise that he’d have to take care of himself before he could properly care for his son. He went to a restaurant soon after to order a meal, but they were all out of food. That’s when he decided to eat two bowls of chilli powder along with a glass of tap water just to fill his stomach. He noticed that the heat didn’t bother him at all, that his tolerance of spicy food was way above that of the average person. 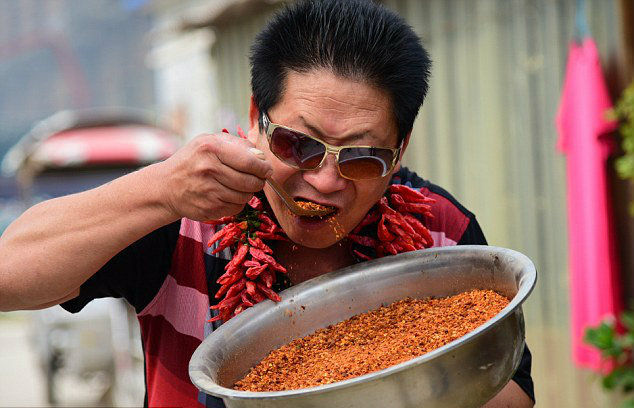 After noticing the chillies had a positive effect on his health, Li he started consuming a lot more of them. These days, he goes through around 5.5 lbs of chillies every single day, either eating them during his daily meals, or as snacks to pass the time. That’s more than most people eat in a month. 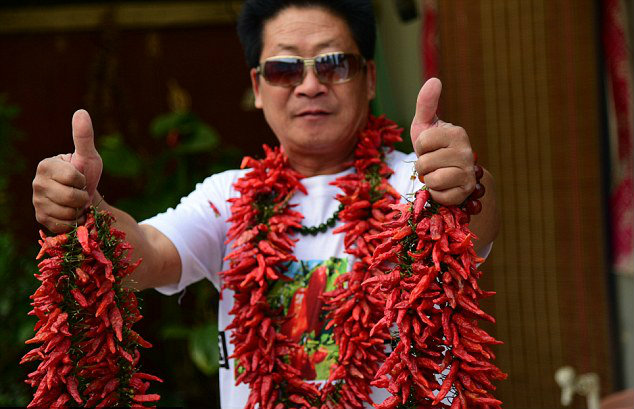 One time, his unusual taste for chillies got Li in trouble at a restaurant, as he was accused of stealing chilli flakes when the condiment bottle at his table was found empty. To prove that he hadn’t stolen the flakes, but actually consumed them, he ate an entire bowl of crushed chillies in front of the manager, shocking everyone present.

“The doctors say I’m as normal as everybody else,” he said. “I don’t have any super powers. I just like eating and can eat a lot.” 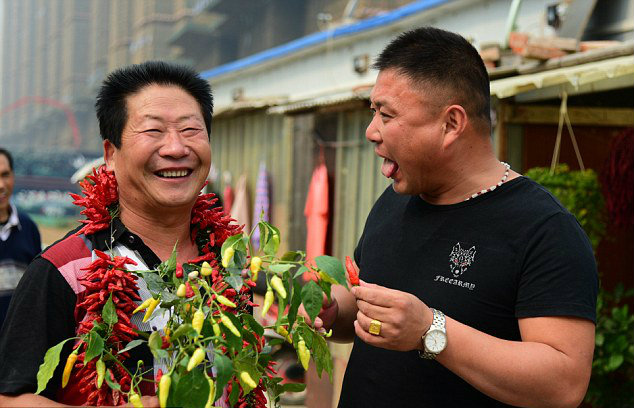 In 2009, he was officially crowned the ‘king of chillies’ by the provincial government of Hunan, after winning a chilli eating contest.