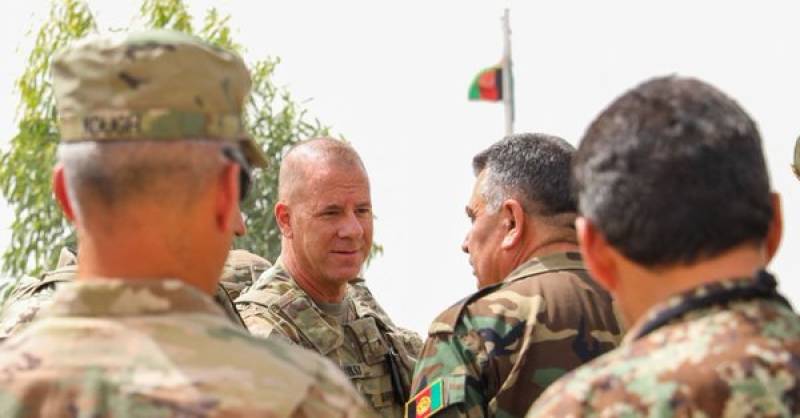 KABUL - A US army general was among those injured in a Taliban attack on top US and Afghan security chiefs inside a highly secure compound last week in Kandahar province.

US Army Brigadier General Jeffrey Smiley, in charge of NATO's military advisory mission in  Afghanistan, suffered at least one gunshot wound in Thursday's attack, the Washington Post reported on Sunday.

KABUL - Three of the most important influential figures in southern Afghanistan have been shot dead just days before ...

A gunman wearing an Afghan security forces uniform opened fire on a group including General Scott Miller, the top  US and NATO commander in  Afghanistan, and powerful Afghan police chief General Abdul Raziq as they ended a meeting in the southern city of Kandahar.

Raziq, an anti-Taliban strongman and key US ally who was credited with keeping a lid on the insurgency in the south, was killed along with Kandahar's provincial intelligence chief and an Afghan journalist.

It was also an unusual incident for the US military, whose generals seldom face attack and are rarely wounded.

Pakistan on Thursday strongly condemned the terrorist attack resulting in the sad demise of senior Kandhar security officials and causing injuries to many others.

“Pakistan stands with the Afghan government and people and reiterates its support for the Afghan democratic process,” ministry of foreign affairs said in a statement.