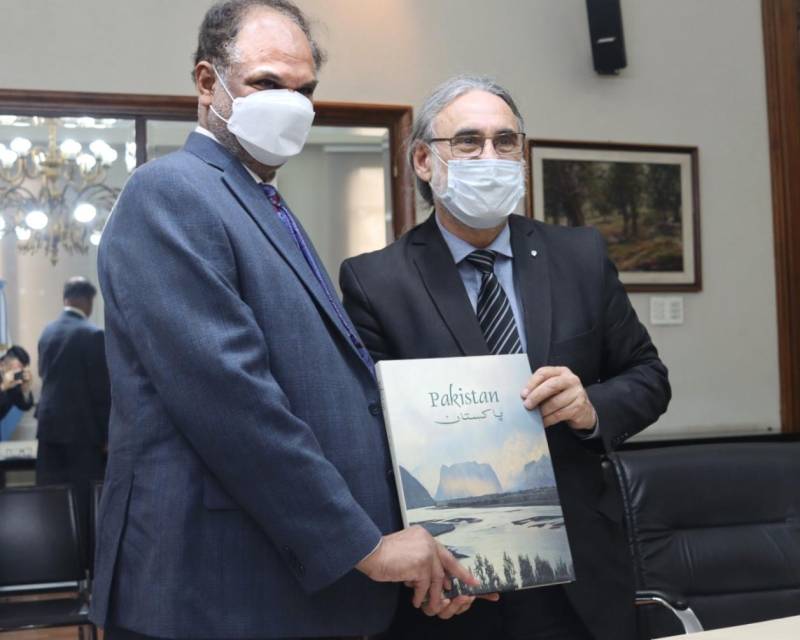 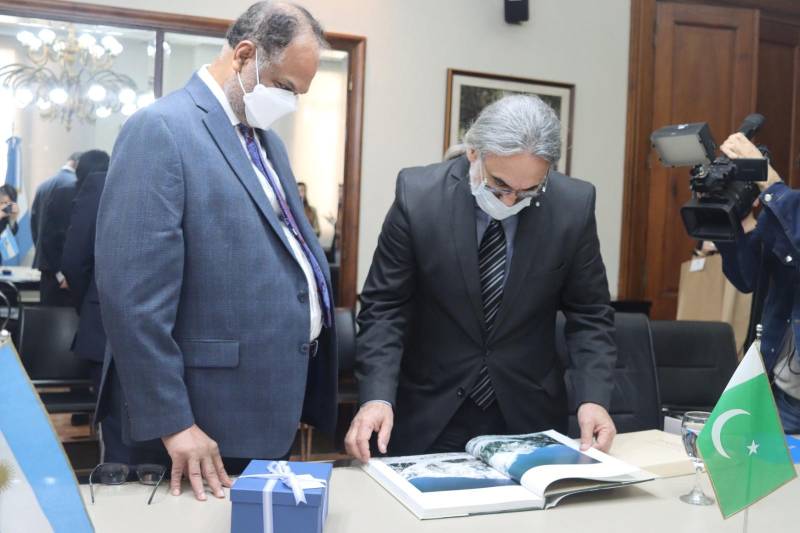 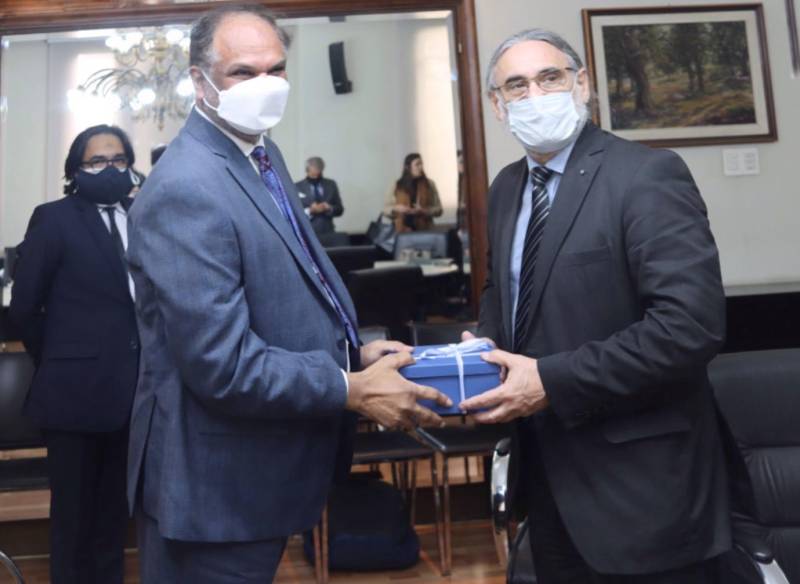 LAHORE - Pakistan and Argentina on Wednesday signed a Memorandum of Understanding on Cooperation in Sanitary and Phytosanitary issues, in a graceful ceremony conducted in Buenos Aires.

The Argentine Minister of Agriculture, Livestock, and Fisheries, Mr Luis Eugenio Basterra and Pakistan’s Ambassador to Argentina, Dr Muhammad Khalid signed the MoU on behalf of their respective countries. The MoU provides a legal and institutional framework between the two countries for the promotion and facilitation of trade in animals, plants, their products, and by-products.

Speaking on the occasion, Minister Basterra stated that the MoU has special significance as it would increase South-South cooperation. He mentioned that the Argentine Institute for Agricultural Technology (INTA) and the National Food Safety and Quality Service (SENASA) would then be able to work closely with the Government of Pakistan on a dynamic and concrete technical cooperation agenda.

Dr Muhammad Khalid Ejaz stated that the Government of Pakistan attaches great importance to relations with Argentina. He underscored that tremendous potential for collaboration existed between the two countries. Dr Ejaz corroborated that the signing of the MOU would allow for greater two-way trade in agricultural commodities and exchange of expertise and research in cattle farming, forestry, and agro-industrial innovations.

Mr. Basterra highlighted that the Argentine expertise in Agriculture, cattle-rearing and meat-processing and livestock-related technologies could be utilised by Pakistan. He appreciated the broad and interesting work agenda currently being pursued by the two sides. Furthermore, he is aware of the ongoing consultations and coordination between Argentina and Pakistan in strengthening cooperation and bringing people together.

Ambassador Ejaz stated the Government of Pakistan has been working to support society’s most vulnerable segments particularly women through the Ehsaas program. He also briefed the Minister on Pakistan’s Ten Billion Tree Project, which earned global acclaim.