T20 World Cup: Scotland qualifies for second round, will face Pakistan on Nov 7 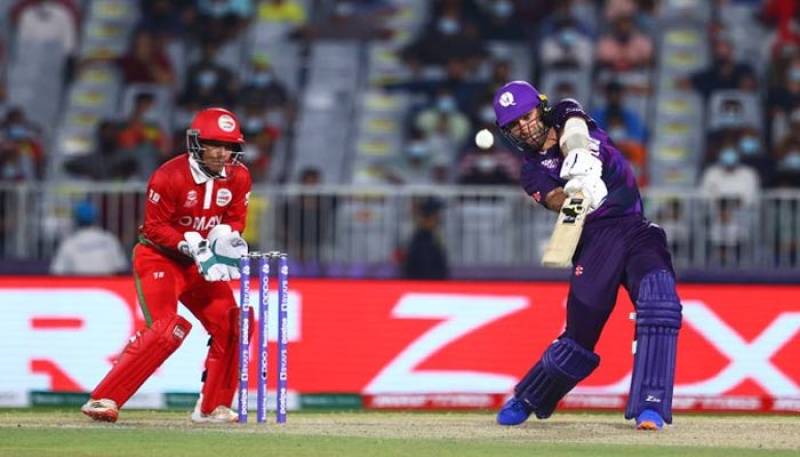 Scotland made history by qualifying for the second round of the ICC T20 World Cup for the first time.

Defeating Oman, the Scots secured the top position in Group B making it to Group 2 of the Super 12.

Scotland joined Pakistan, Afghanistan, India and  New Zealand and the runners-up from qualifying Group A — either Ireland or Namibia.

Meanwhile, the second qualifier for Group 2 will be decided tomorrow.

Pakistan will face Scotland on November 7 in Dubai.

The Scots thumped Oman with an eight-wicket win on Thursday in Muscat as they comfortably chased down their target of 123 with 18 balls to spare to register their third win out of three in qualifying.

Scotland had restricted Oman to 122 all out to put themselves in pole position knowing that victory would guarantee a spot in the next round.

Oman, who won the toss and opted to bat, got off to a terrible start when Jatinder Singh was out second ball following a run-out mix-up which left him and opener Aqib Ilyas at the same end.

Ilyas went on to top score with 37 off 35 balls but the home side never shook off the shackles of the Scottish bowling.