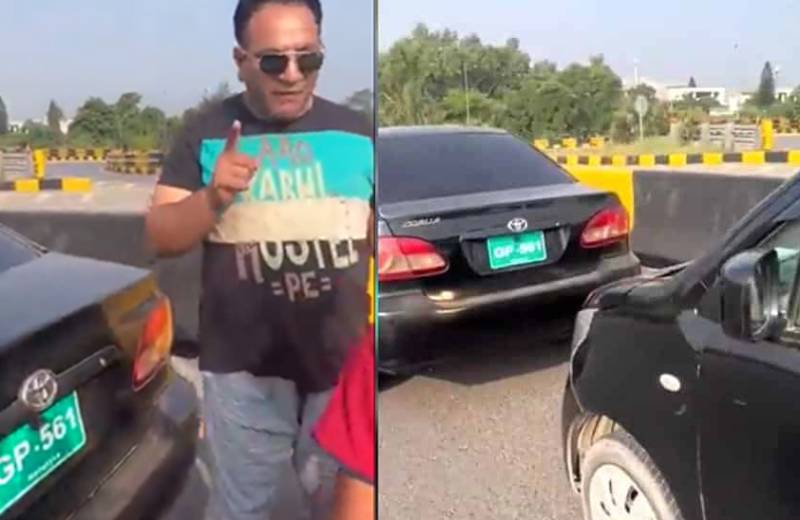 ISLAMABAD – A man posing as the senior superintendent (SSP) of Islamabad police was filmed abusing and hurling threats at a citizen in Sector I-8 in the federal capital.

The viral clip on social media shows the enraged man badmouthing and threatening a man. It started as the cop joined the lane from the wrong side, and later picked a fight with the man who was travelling with his child.

The citizen, who was accompanied by a child, also got caught in the verbal crossfire between the two.

As the clip went viral, capital law enforcers lodged a case under sections 341 and 506. The official handle of Islamabad police said action will be taken as per the law. 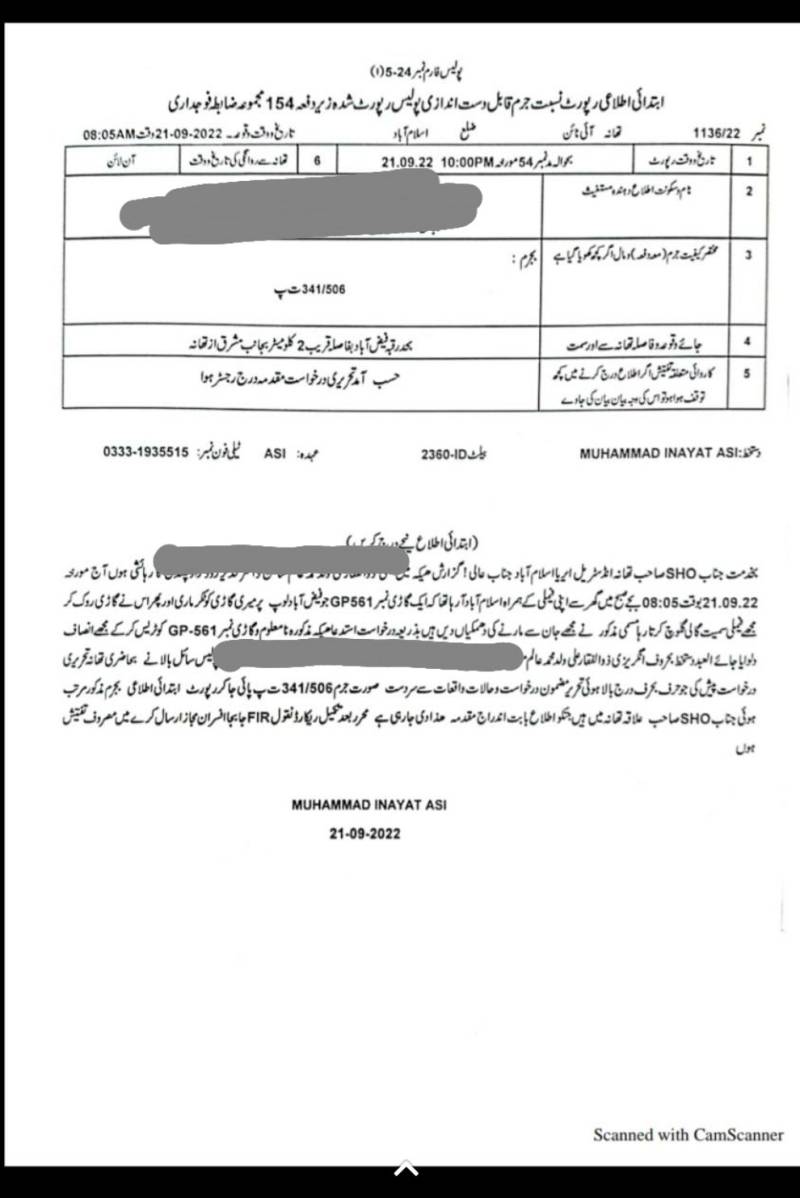 Meanwhile, social media users were quick enough to dig deep into the details of the car with the government officials' registration plate.

After taking a look at excise databases, many social media users said no record was found against the black sedan, while others claim that the registration number is seemingly fake.

KARACHI – An investigation has been launched against Deputy Inspector General (DIG) Abdullah Shaikh of Karachi ...