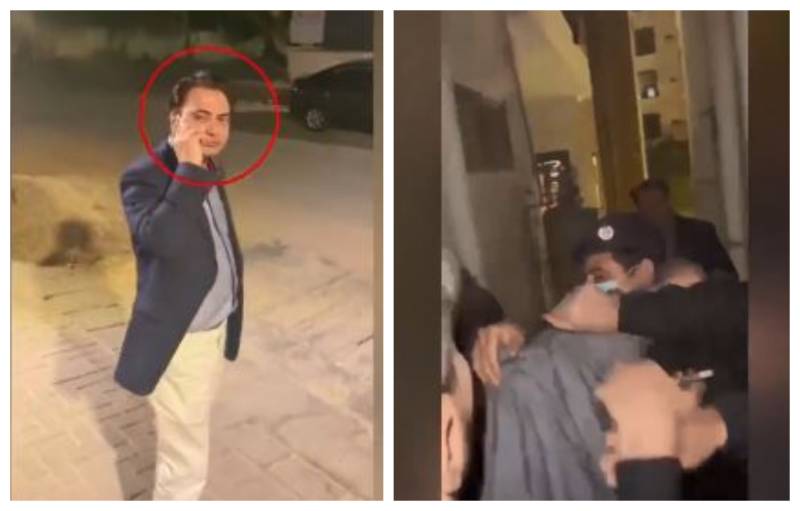 KARACHI – An investigation has been launched against Deputy Inspector General (DIG) Abdullah Shaikh of Karachi police after he was spotted assaulting a citizen in a viral video.

The incident occurred at an apartment in the Clifton area of the port city. The video shows Shaikh engaging in a brawl with a man to whom he also gave a smack during the fight.

The citizen, identified as Abdullah, has lodged a complaint against the top police officer, demanding action against him for the assault.

The complainant claimed that a man wearing plaint clothes introduced himself as DIG Abdullah Shaikh and started beating him.

Abdullah said that the DIG was also drunk as he misbehaved with his sister and took away her gold jewellery.

A spokesperson for Karachi police said that DIG South has been appointed as an investigator in the matter.