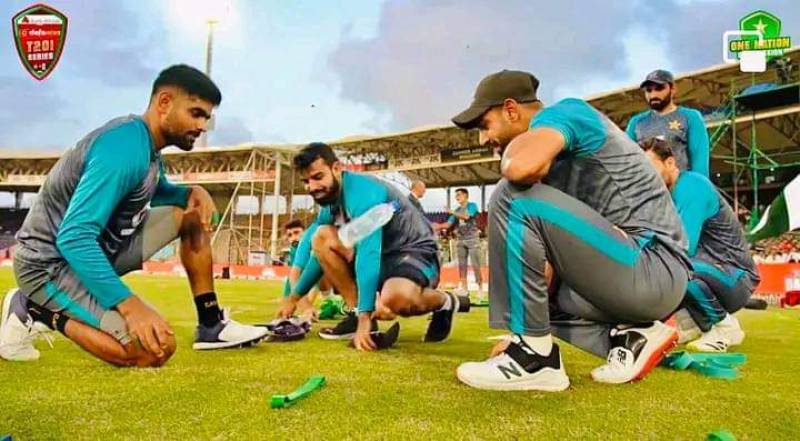 KARACHI – The bottle flip challenge is hard to ace however Pakistani skipper Babar Azam nailed the tough challenge during a recent training session.

Babar Azam can be seen running in joy as he completed the water bottle flipping challenge – a former Internet sensation.

In the video, Haris Rauf and Shadab Khan were also spotted having fun during the training session ahead of the second encounter against England.

A number of celebrities earlier completed the captivating task, the game that recently went viral across social media.

KARACHI – Pakistan registered a ten-wicket victory over England in most convincing fashion in second game of the ...

Both sides will play six more games to go in quick succession however the visitors lead the series 1-0 after their win in the opening encounter on Tuesday.