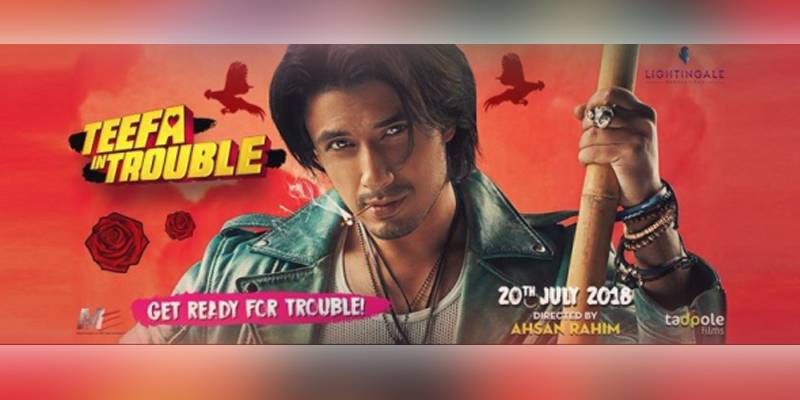 LAHORE - The poster of Teefa In Trouble has been released and we cannot believe the irony of the situation. It is marked as one of the most expensive and extensive shoots in Pakistani cinema history with locations such as Poland and Lahore used for the filming of the upcoming Maya Ali and Ali Zafar starrer.

The film is the directorial debut of Ahsan Rahim who earlier directed music videos and television commercials with Pakistani artists under his Tadpole Films. This is a crucial point for Maya and Ali as they are looking forward to their Pakistani debut with Teefa.

With the current controversy surrounding Ali regarding the sexual harassment allegation by Meesha Shafi addressed towards him, we wonder how Ali will get out of this trouble anytime soon.