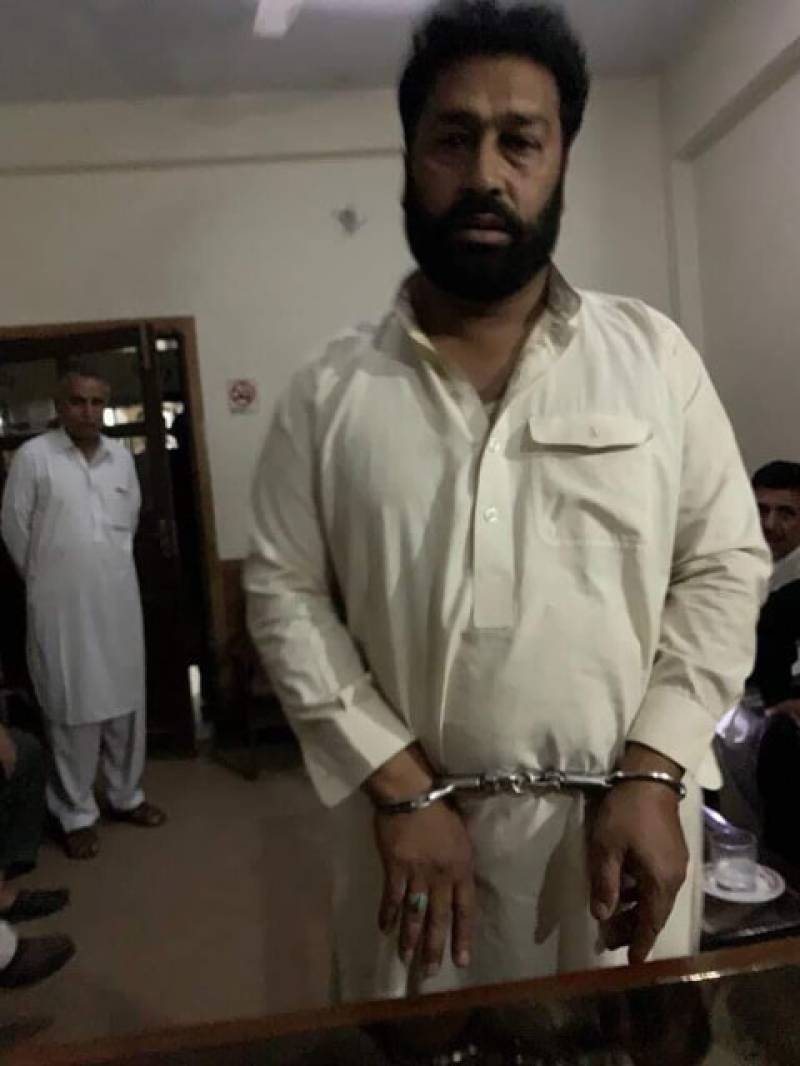 PESHAWAR – After an attempt to sabotage the countrywide anti-polio vaccination drive was exposed, the police in Peshawar has made an arrest of a man mainly involved in creating panic by faking the illness and hospitalization of children in Mashokhel village.

According to details, videos went viral on the social media revealed the truth behind the propaganda, which created panic and misinformation among parents amid the anti-polio campaign, resulting in the damage of Mashokhel Hospital.

The social media videos exposed the man, identified as Muhammad Nazar, who instructed some young boys in madrassa uniform to fake to be ill and pretend to be unconscious on hospital beds. The children can be seen, following his orders in the video.

EXPOSED :: Watch how young innocent kids were made to lay down in hospital beds and pretend they’re suffering due to Polio vaccination, to give a wrong message to masses regarding the #Polio campaign; SHAME on such people who’re playing with the future of Pakistan ! #Peshawar pic.twitter.com/1f6ZWrrOK7

Another video depicted the same man spreading fake and baseless news of deaths of children amid ongoing anti-polio vaccination.

Earlier on Monday, the Khyber Pakhtunkhwa (KP) government launched a three-day anti-polio drive to administer the oral anti-polio vaccine to children with a range of five years of age.

The campaign was launched after the polio eradication programme had confirmed the presence of active poliovirus in the sewage of 12 big cities of the country. Thousands of polio workers were tasked to visit schools and madrassas in the province.

In the midst of the campaign, the news of around 40 children from a school in Mashokhel village complaining diarrhea, nausea and headache after being administered anti-polio drops spread like wildfire in Peshawar and nearby areas.

Owing to the news, panicked parents started rushing their children to hospitals, the Lady Reading Hospital, Khyber Teaching Hospital and the Hayatabad Medical Complex were soon flooded with anxious parents bringing in their children.

PESHAWAR – A local hospital set on fire in Peshawar when about 40 children allegedly fell sick after being ...

Despite assurances from the authorities that the anti-polio vaccine was completely safe, the furious protestors (mainly parents) set ablaze a local hospital in Peshawar. The protestors gathered outside Mashokhel Hospital and broke down the main gate and damaged the property of the hospital.

The Peshawar police have arrested the man mainly involved in spreading lies in the videos and launched a crackdown against 12 other suspects accused of vandalising property and sabotaging the anti-polio campaign.

On Monday, a countrywide campaign to administer anti-polio drops to children by five years of age has commenced.

He urged the people to cooperate with polio teams to administer drops to safeguard their children against this crippling disease.