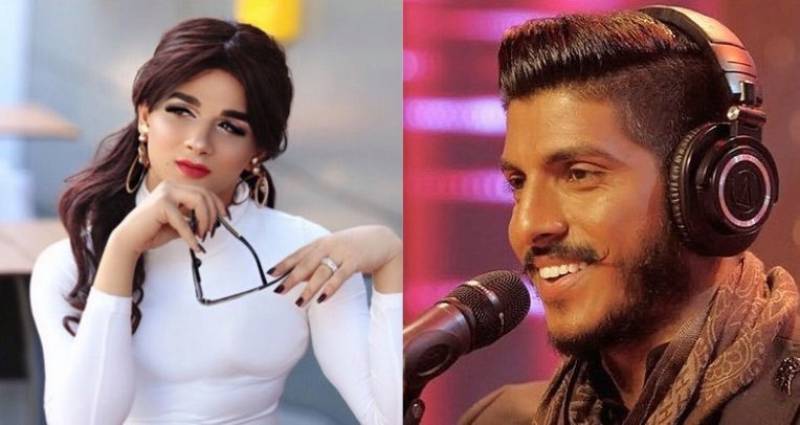 DUBAI - Actor-Singer Mohsin Abbas Haider is all set to make his comeback into the world of music with Dubai famed singer Shyraa Roy after the domestic abuse controversy that ended up his marriage with Fatima Sohail.

While talking to Daily Pakistan, Shyraa shared that the single will be coming out right after the lockdown mostly by Eid day 2 and the name 'kamli'. by taking it to social media Mohsin Abbas has also teased about his upcoming single with Shyraa Roy as a duet, featuring himself and Shyraa in the main cast on-screen as well.

#Repost @shyraaroy (@get_repost) ・・・ Here you go peeps! #quarantinesurprise Let the lockdown ends and you’ll see a massive piece of music of the year with the most veteran and amazing @mohsinabbashaider Wish me luck . . Source @dekhlopk

The single will be presented as a short film, shyraa further revealed they both will be playing strong and emotional characters along with their voices as a duo in the project.

Khalid khan, a famous qawwal from Lahore has given music to the project with a Sufi rock genre, on the other hand, Mohsin himself has added his own lyrical flavor into the song.

It is further to disclose that Shyraa Roy will be flying all the way from Dubai to Pakistan for the promotions and launching right after Ramadan during their music single release, the single will be out by a well-known Bollywood youtube channel.