Biggest ever haul of illegal cigarettes seized in Peshawar 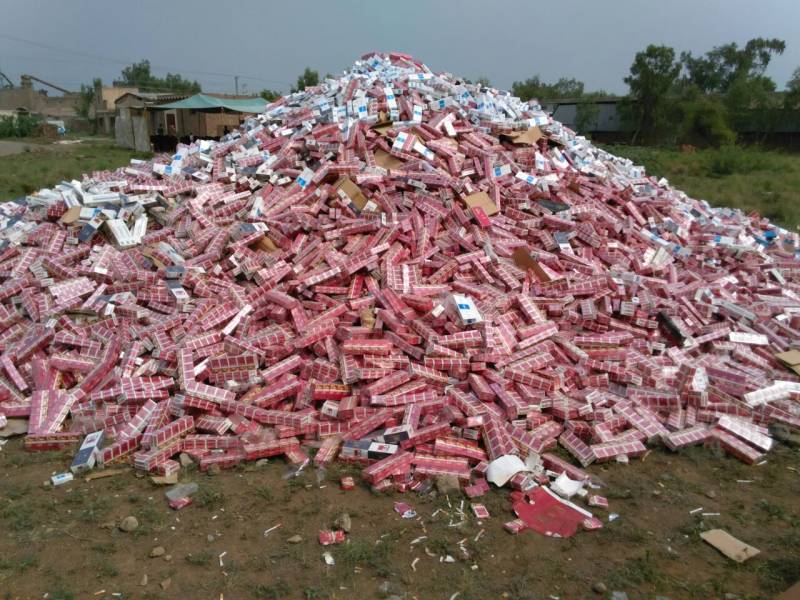 PESHAWAR - Intelligence officers on Monday seized one of the biggest consignments of illegal cigarettes being smuggled to the provincial capital of Khyber-Pakhtunkhwa (KP).

A statement issued by FBR said officers seized approximately a total of 1,020 cartons and 10,200,000 sticks of illegal cigarettes.

"In continuation of monitoring/surveillance of non-duty paid/counterfeit cigarettes. the intelligence gathering by this Directorate revealed the existence of warehouses within the vicinity of District Peshawar where a huge quantity of counterfeit cigarettes was stocked. In order to verify the credibility of information." 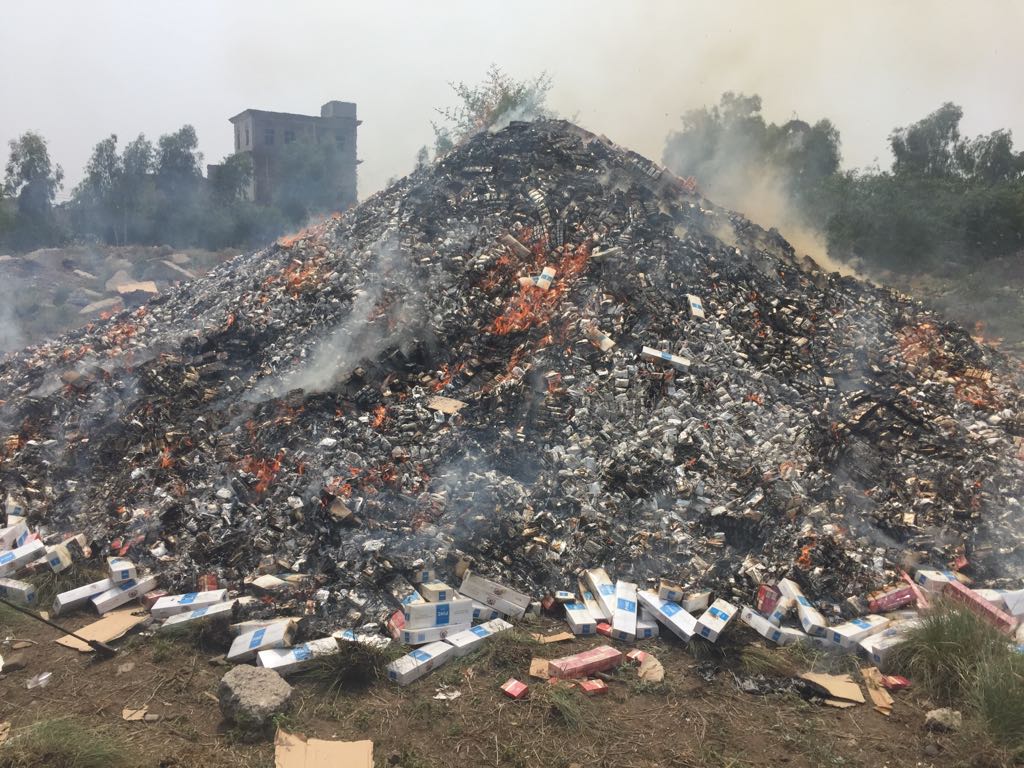 The cigarettes seized for the reasons of counterfeiting were duly confiscated outright under section 27(1) of the Federal Excise Act. 2005 vide order C. 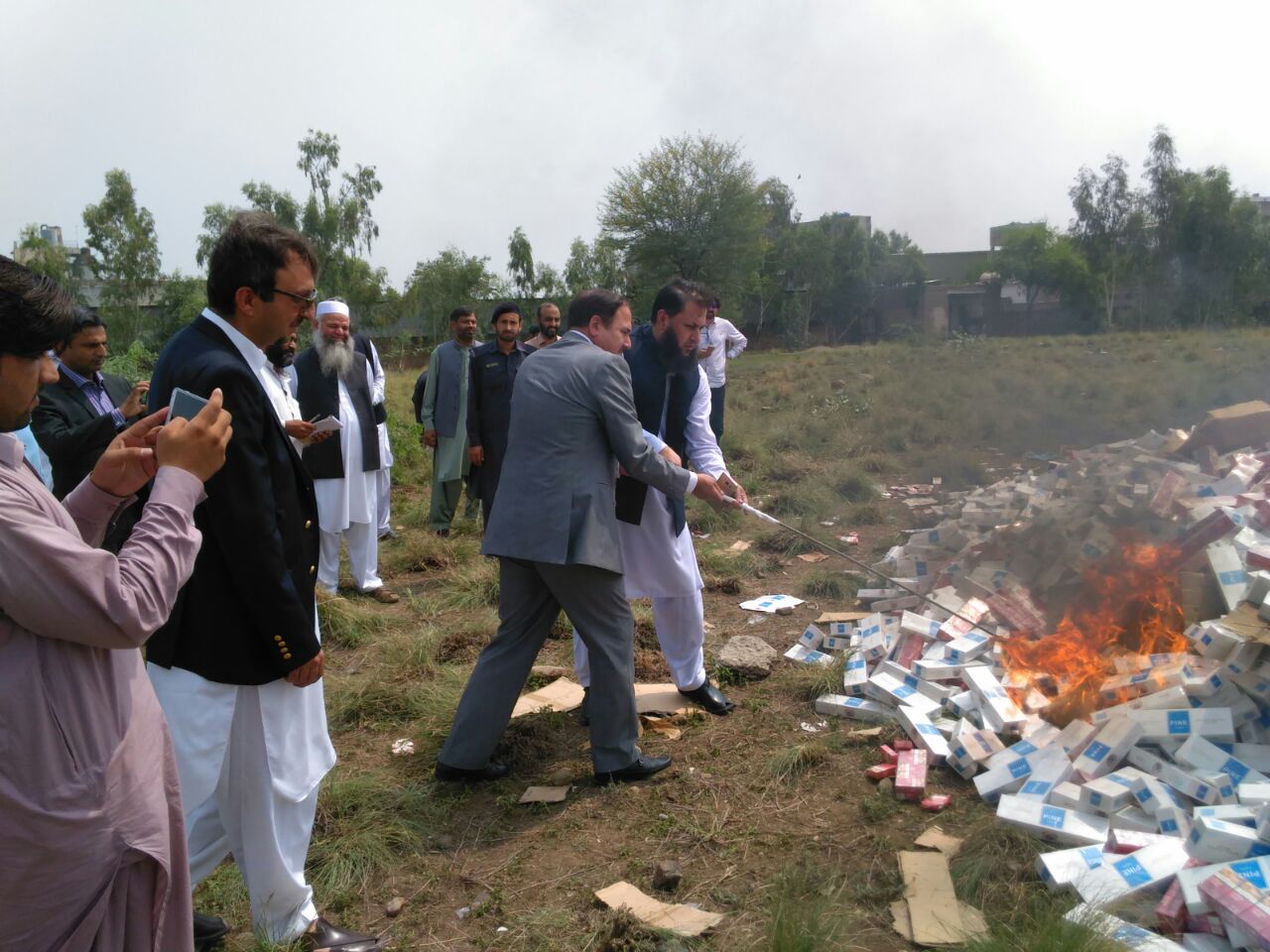 The Director, Directorate of Intelligence & Investigation (IR), Peshawar ordered the destruction of smuggled cigarettes under section 27(1) read with section 19(10) of the Act by setting it on fire on Tuesday, 22 August. 2017 at 11 00 AM at the premises Industrial Estate, Jamrud Road in presence of media persons and delegations from the brands of cigarettes.

The country suffers an annual loss of more than Rs24 billion because of illegal tobacco trade, and sustained and coordinated enforcement efforts are needed to solve the problem, according to a report.

The report by a US-based research agency, Nielsen, says that two tobacco manufacturers contribute 99.3 per cent of the revenue generated from the industry.

According to the 2016 study, with the increasing regulatory and fiscal burden on the tax paid segment, more and more consumers are switching to the illicit substitutes that are either cheaper, due to tax evasion, or non-compliant, due to lack of health warnings.