Naimal Khawar Khan looks radiant in pictures from her Mayoon 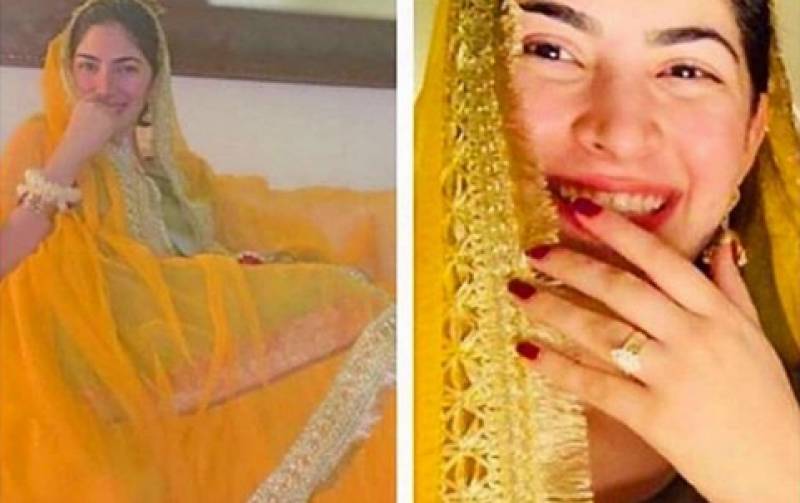 Their marriage will be taking place on August 25 in Islamabad. The wedding news came as a surprise for fans and people in the entertainment industry alike as there was no discussion in the past of Hamza and Naimal being involved in a relationship or planning to tie the knot.

Naimal Khawar is a vision as she gears up for her wedding with Hamza Ali Abbasi in this gorgeous Mayun look! #naimalkhawarkhan #hamzaaliabbasi #izza #anaa #pakistanicelebrities #hautetrail 🎀

The invitation that went viral online was seemingly shared by a fan page on Twitter on August 20. Soon after, rumours of the Valima reception (the ceremony conducted after a wedding ceremony) being scheduled on August 26 circulated online.

Fans were quick to react to the news and ‘Hamza Ali Abbasi’ trended on Twitter in Pakistan. Later Hamza Ali Abbasi too confirmed the news of his marriage with Naimal by sharing a post on his social media handles.

LAHORE- Wedding season is here and celeb after celeb is getting hitched. Hamza Ali Abbasi, one of the most sought after ...

Here, wishing a happy life ahead to the couple.