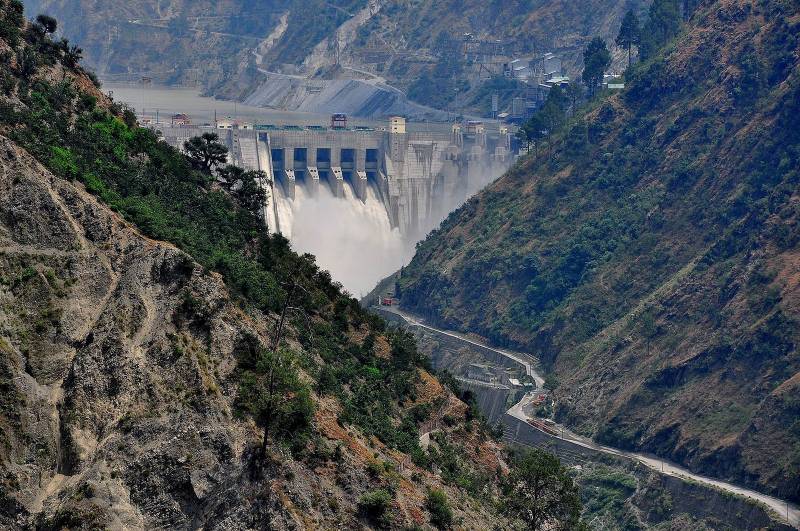 ISLAMABAD - Flouting the Indus Waters Treaty agreement, India is mulling over blocking Pakistan's water by building huge water storage facilities and canals along the Indus river system, it has been learnt.

According to a report by BBC ( British Broadcasting Corporation)  India was stepping up efforts to maximise its water use from the western rivers of the Indus basin.

The leading British media outlet reported the nefarious designs of India by quoting an Indian official who wished not to be named.

Reportedly, by digging canals along western rivers, Pakistan would face severe shortage of water although under IWT most of the water is allotted to Pakistan.

Moreover, it was also observed that India wanted to maximise use of water from Indus, Chenab and Jhelum rivers.

In a blunt outburst against Pakistan in November, Indian Prime Minister Narendra Modi said that water which belonged to India could not be allowed into Pakistan.

The Indus Water Treaty signed in 1960 deals with water distribution and sharing of the six rivers of the Indus basin, of which the three eastern rivers Beas, Sutlej, Ravi were allocated to India and the three western rivers Jhelum, Chenab and Indus to Pakistan.

The World Bank had brokered the agreement and have a role in dispute resolution. It was also responsible for the provision of funds to both countries that would allow them to construct several dams and canals to fulfil their needs.

The treaty has been violated twice already when India constructed two hydroelectric power plants named ‘Kishenganga’ and ‘Ratle’ on the Neelum and Chenab rivers.

Earlier,  World Bank suspended its role of arbitration to resolve the Indus Water Treaty issues between Pakistan and India over the matter of two dam projects being constructed by India to give both countries a chance to seek an alternate solution.