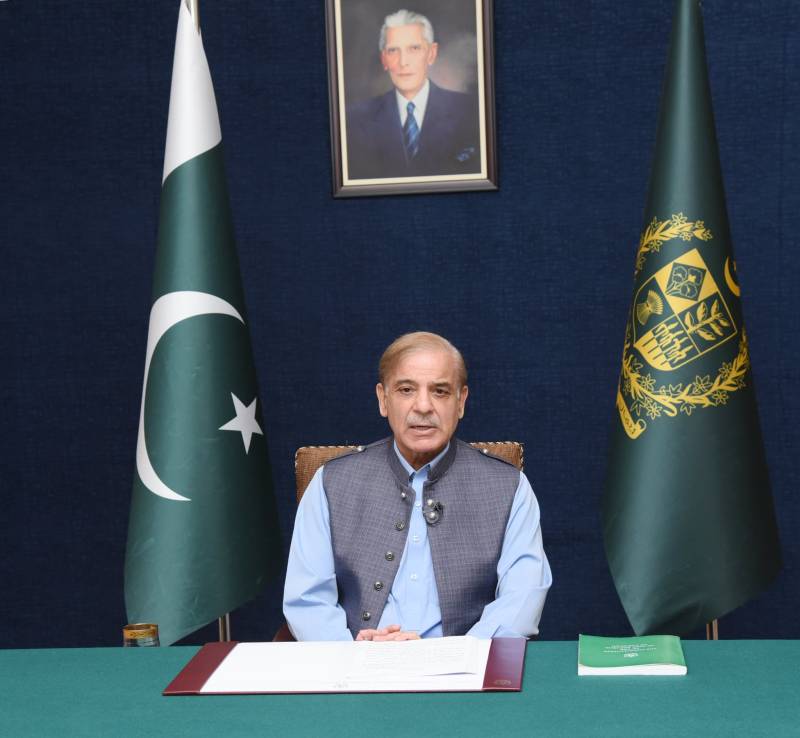 Contrary to Imran Khan's claims, the premier said in a tweet on Sunday, he sought NRO to save himself and his government.

"The fake story of foreign conspiracy was manufactured after all his efforts failed. His lies stand exposed," the tweet further read.

The audio tape that surfaced recently exposes Imran Khan’s hypocrisy & double standards. Contrary to his claims, he sought NRO to save himself & his govt. The fake story of foreign conspiracy was manufactured after all his efforts failed. His lies stand exposed.

In the so-called leaked phone call, authenticity of which has yet to be verified, Riaz tells Zardari that Khan (an apparent reference to ousted prime minister Imran Khan) is requesting him to mediate between him and the PPP co-chairman.

In response, the man on the other side of the phone, who is said to be Zardari, said: "It's impossible now."

On this, Riaz said: "Yes, that's fine, I just wanted to bring this matter into your notice."