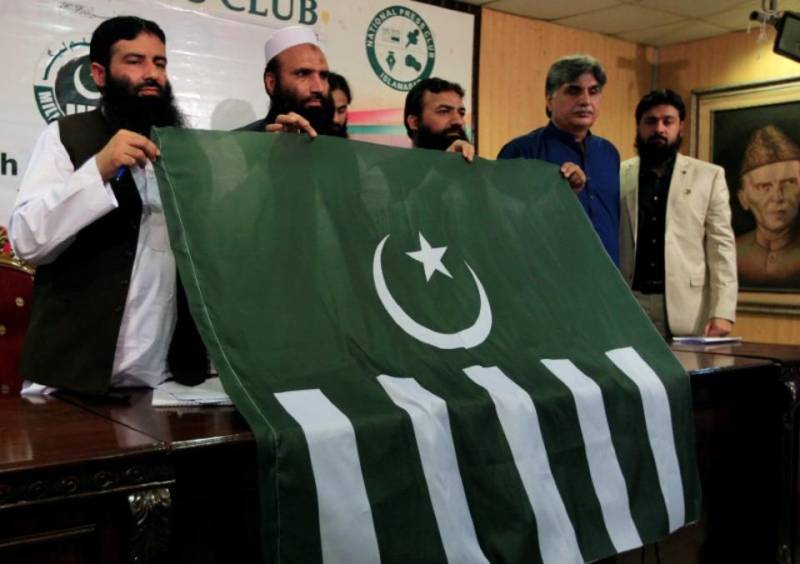 ISLAMABAD - The Ministry of Interior has termed the Milli Muslim League (MML) an offshoot of proscribed entities,  opposing its registration as a political party with the Election Commission of Pakistan (ECP).

In its written reply submitted before the Islamabad High Court (IHC) on a petition filed by MML seeking its registration, the ministry opposed the move, citing a report by a security agency according to which the registration of MML as a political party “would breed violence and extremism in politics.”

The ministry while expressing its concerns requested the court not to consider MML’s plea and dismiss the petition accordingly.

According to the interior ministry’s reply, MML is an offshoot of the banned Lashkar-e-Taiba (LeT) and Jamaatud Dawa (JuD), organisations which India has alleged of involvement in the 2008 Mumbai attack and the 2001 attack on Indian parliament.

"As per the PPO (Political Parties Order), organisations which act in the manner prejudicial to fundamental rights, undermine the integrity of Pakistan, promote sectarian, regional or provincial hatred, bear a name as a militant group and impart any military or paramilitary training to its members, do not qualify for registration as political party," the reply stated.

LAHORE - The United States has added the Milli Muslim League (MML), which is backed by the Jamaat-ud-Dawa (JuD), to ...

After being directed by the ECP to submit a report regarding the new political entrant, the ministry sought clearance from a security agency which in turn opined that “it is difficult to believe that MML will tread its own path, completely at variance with its mother (LeT and JuD) organisations.

The security agency, not named by the ministry, “recommended that since registration of such groups would breed violence and extremism in politics, such groups be avoided”.

Moreover, the interior ministry cited the response of the Ministry of Foreign Affairs against the MML’s registration in view of international injunctions.

As per the reply, the LeT, JuD and Falah-i-Insaniat Foundation (FIF) are facing UN sanctions, therefore, the interior ministry objected to the registration of the party.

The Milli Muslim League had filed a petition in the IHC after the ECP had declined its registration as a political party in October due to the alleged interference of interior ministry.

The petition maintained that non-registration of the MML was a violation of administrative fairness, constitutional and statutory obligations and fundamental rights.

"ECP order is also a violation of PPO 2002 as time and again MML had clarified that none of its members belonged to any proscribed or banned organisation. All office-bearers of the party are educated and there exist not even a fictitious FIR against them.” the party argued in its petition.

A number of parties were formed on regional, religious, sectarian, linguistic, tribal basis and were person-driven and devoid of democratic values, it added.