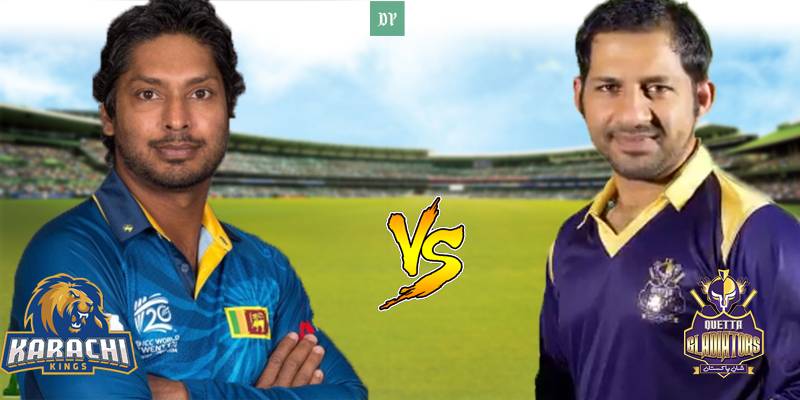 DUBAI - Quetta Gladiators have booked their berth in the play-offs of the second edition of Pakistan Super League, with an outstanding six-wicket win against Karachi Kings in Dubai on Thursday.

Chasing a target of 155 runs target, Asad Shafiq and Ahmad Shahzad's fifties led to an easy win for the topped ranked on points table Gladiators.

Ahmed Shahzad scored three sixes and four boundaries to score 54 off 40 deliveries, while Asad Shafiq scored 51 off 38 with the help of one six and six boundaries.

With a 4, the Quetta Gladiators seal another win! An impressive 6 wickets win by the Gladiators who're topping the points table! #HBLPSL pic.twitter.com/KNYmAoI1Qz

Sarfaraz Ahmed scored 19 off 17 deliveries to complete Quetta’s win with a boundary to backwards point off Mohammad Aamir.

For Karachi Kings, Sohail Khan got two wickets, taking his tournament’s wickets tally to 11 – the most by any bowler in the second season.

Earlier, Quetta Kings won the and bowled out Karachi Kings at 154/6 in 20 overs. Babar Azam scored 36 and captain Kumar Sangakkara 28 managed to give Kings a brisk start but both departed after powerplay as the Gladiators fought back in the match.

Some late hitting from Kieron Pollard in the final over guided Kings to a respectable total of 154. The West Indian all-rounder made a 19-ball 31 hitting three fours and one six. Ravi Bopara could only score 1 run.

For Gladiators, Mahmudullah picked up three vital wickets, Anwar Ali got two while Mir Hamza chipped in with one.

Karachi Kings will be out of the tournament in case they lose a match. Quetta is on the top of the points table with 7 points after playing five matches. Lahore and Islamabad are on second and third positions respectively with 6 points each after playing six matches. 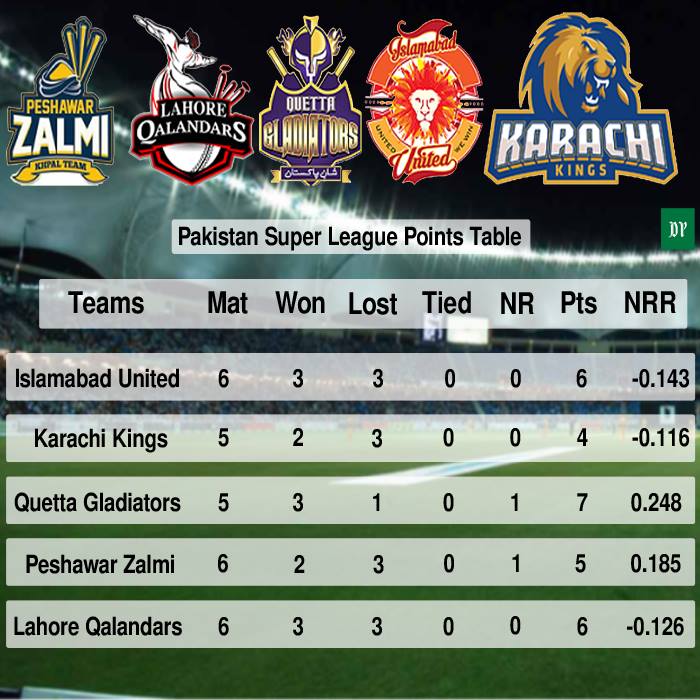 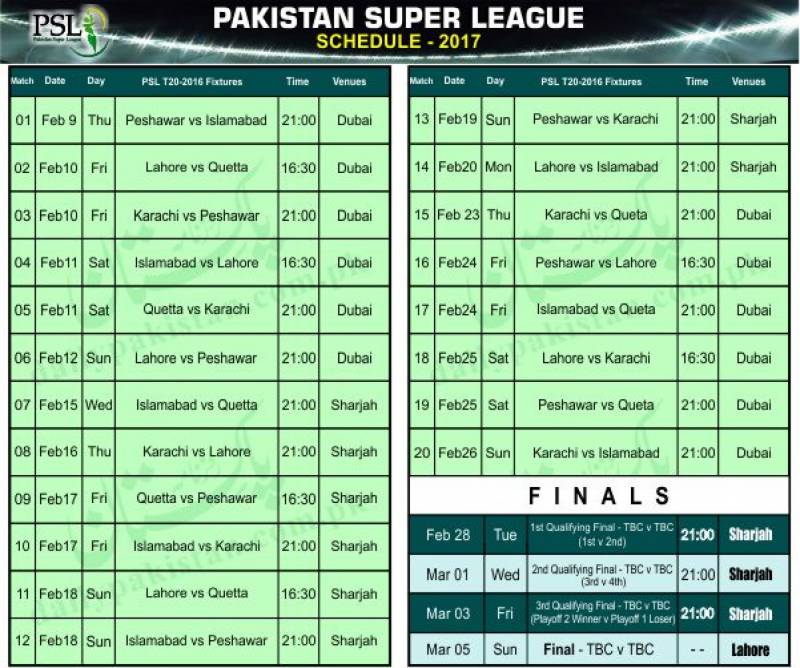