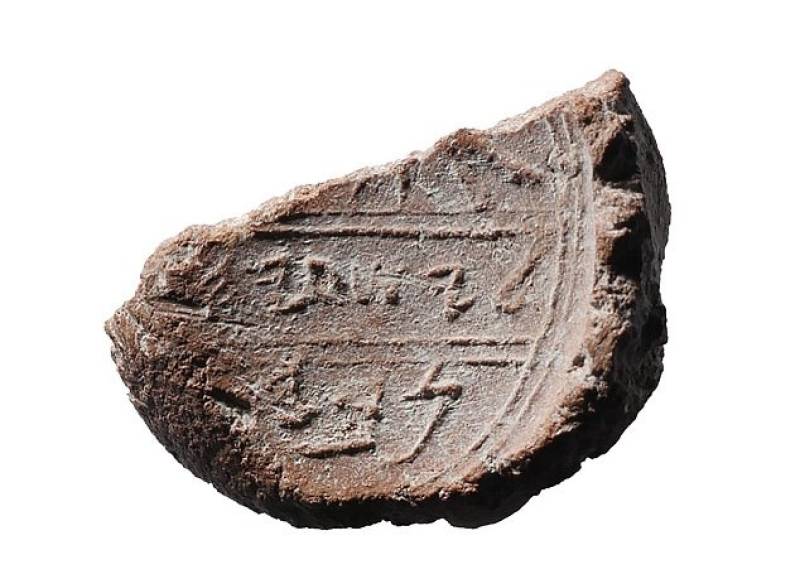 JERUSALEM - A 2,700-year-old clay seal found in Jerusalem may bear the 'signature' of the prophet Isaiah.

Researchers believe the Hebrew script impressed into the clay once read 'Belonging to Isaiah the prophet.' 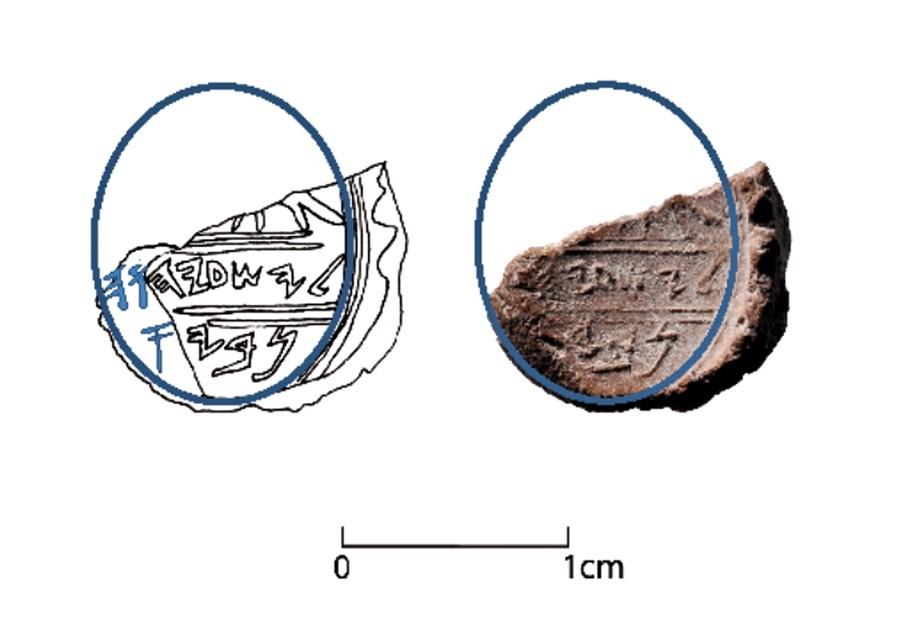 Archaeologists discovered the damaged clay seal during excavations at the Ophel, an area in East Jerusalem in between the 'City of David' archaeological site and the 'Temple Mount'.

Iron Age ruins of a massive palace. While the dating remains controversial, Prof. Eilat Mazar believes this could be the remains of King David's palace Olivier Fitoussi

Excavations in the Ophel – an area just below the Temple Mount – found the seal mark, called a bulla, in undisturbed Iron Age remains, just 3 meters (10 feet) from where the bulla of King Hezekiah of Judah was found in 2015.

The extraordinary object, which is estimated to be around 2,700 years old, was found by Dr. Eilat Mazar of the Hebrew University. She reported on her discovery on Thursday in the Biblical Archaeology Review magazine.

"We appear to have discovered a seal impression, which may have belonged to the prophet Isaiah, in a scientific, archaeological excavation," lead archaeologist Eilat Mazar of the Hebrew University of Jerusalem’s Institute of Archaeology said in a statement.

The clay seal was discovered in Jerusalem in 2009, during excavations at the Ophel in East Jerusalem. It contains the word, Yesha’yahu, the Hebrew for ‘Isaiah.’

It’s been damaged over time, making it more of a challenge to determine which Isaiah it refers to. The upper part is missing while the lower left part is damaged.

The seal has a second word which isn’t legible as a letter is believed to be missing. If that missing letter was the Hebrew letter aleph, it would read ‘prophet’ in Hebrew and could be the first evidence of the prophet’s existence, aside from the Bible. However, if the letter isn’t an aleph, the word could be a location or a father’s name.

"The critically important letter that would be needed to confirm that the second word is the title ‘prophet’ is an aleph,” Christopher Rollston, professor of Semitic languages at George Washington University, told National Geographic. “But no aleph is legible on this bulla [clay seal], and so that reading cannot be confirmed at all."

Rollston also pointed to the fact that the Bible commonly refers to “the prophet” rather than simply “prophet,” casting further doubt on the archaeologists’ theory. "In short, if this were the word 'prophet,' I would have liked to have seen the word 'the,' as in 'Isaiah the prophet,’” he said.

Isaiah advised King Hezekiah, who ruled the area between the eighth and seventh century B.C. The seal was found 10ft (3 meters) from a seal impression belonging to King Hezekiah at an excavation site in the Old City of Jerusalem, at the base of the southern wall of Temple Mount, or Haram al-Sharif. The area is a holy site for Christians, Jews and Muslims, and is home to the al-Aqsa mosque and the Dome of the Rock.

The site contained a number of impressions stamped on clay, Dr. Mazar explains in Biblical Archaeological Review. The bulla, each measuring about 0.4 inches (1cm) in diameter, had been stamped with a seal bearing the name of its owner.

The excavation site included a number of seals belonging to a family named Bes, a name which isn’t known from the Bible.

This isn’t the first time two seal impressions of people mentioned together in the Bible have been found near one another. During the City of David excavations which took place between 2005–2008, seal impressions of Yehukhal ben Sheleḿiyahu ben Shovi and Gedaliyahu ben Pashḥur, high officials in King Ẓedekiah’s court (Jeremiah 38:1), were found only a few feet apart, Dr. Mazar said.