Obama in India: Thousands of policemen, CCTV cameras and dogs on protection 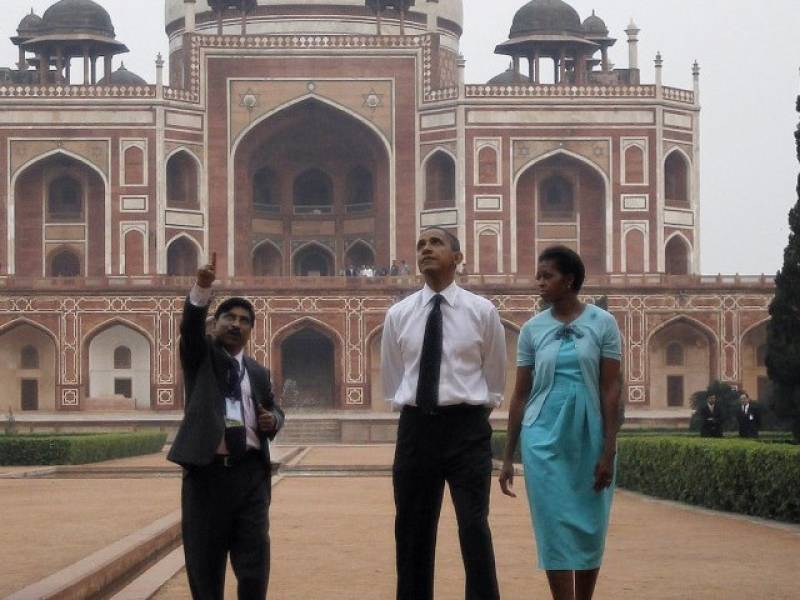 NEW DEHLI (Web Desk) - Barack Obama is special for India. Unlike the protocol given to the heads of state of China or Russia, the Indian capital of New Delhi will be completely shut down when the US president visits India, local media reports.

The financial capital New Delhi is due to shut down on account of Obama’s three-day visit as an estimated 50,000 security personnel, 15,000 CCTV cameras, a team of secret service agents, 40 dogs, airborne radars and other security measures will be deployed.

Flying into New Delhi’s International Airport, the president will go to the Indian president’s residence for a ceremony before heading to Mahatma Gandhi’s memorial, followed by a state dinner in the evening.

More personnel will be deployed on January 26 – India’s Republic Day- which is the forefront of the president’s visit. A seven-layered security blanket will be provided for the US president. Such protection was not ever granted to China’s Xi Jingpin or Russia’s Vladimir Putin.

A no-fly zone has also been agreed by the Indian government which will shut down flight operations to adjoining cities such as Jaipur, Agrqa, Lucknow and Amritsar during a two-hour parade in celebration of India’s Republic Day.

During the parade, the US president is set to be seated outdoor for 100 minutes which has caused the Indian government to take such strict measures for his arrival.

India’s Airborne Warning and Control System will be monitoring any air movements in the region and will be able to detect incoming missiles from 400 kilometers away.

The Taj Mahal will be out of bounds for citizens on January 27 while Obama visits the monument.

Further, a number of roads leading up to Rajpath will be closed to the public.