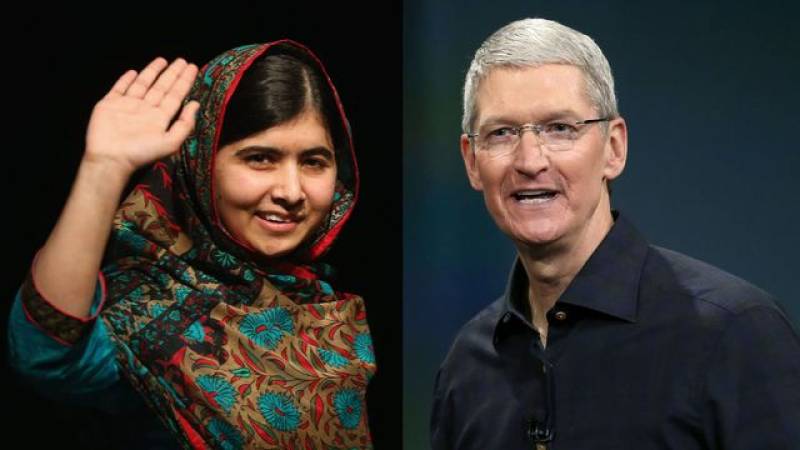 The joint project aims to combine Apple's forty years of expertise in the world of technology and Yousafzai's aim to secure education for underprivileged girls worldwide through the Malala Fund.

Cook explained, in an interview with The Independent,  that he decided to help fund Yousafzai's initiative as he was highly impressed with her vision and determination to make a difference in the world during a meeting the two had.

“We began to talk and it became so clear that she had such a bold vision. It really lined up with the boldness of Apple and that the core of it is an overriding belief in equality and that education is the great equalizer. And that has always been at the root of our company and my personal beliefs. And so it started, the fire was lit there. I instantly wanted to throw in on the vision that Malala had," Cook said.

News of the visit has spread all over social media:

Tim Cook was in Beirut! https://t.co/fgVNI7ppA1

Malala also shared details of her joint charitable venture with Apple and explained how it all started:

"I really wanted us to work together because Apple has expertise: they are expert in tech, they have resources and they have amazing and incredible people. The Malala Fund is trying to reach out to girls, how can we bring these two together to reach more girls, as many as we can, to empower them through quality education. And that was my dream. So, things started happening and I just can’t believe it has been a few months and now we are here in Lebanon and announcing our partnership for the coming years."

She further added that the vision was to combine the worlds of tech and activism together to ensure "the education of 130 million girls who are out of school".

“I want to teach 100,000 girls and I want to involve girls and make sure that they can get quality education."

People all over are appreciating the initiative by thanking Cook for his decision to join hands in a humanitarian issue.

@tim_cook thanks a million for your visit to Beirut and for helping needy girls pursue their education. It means a lot to us !

Hope you enjoyed your quick visit to Lebanon @tim_cook and thank you for humanitarian efforts you are supporting.

While one user had other things in mind:

Tim Cook in #Beirut. Come on Tim. I know you’re here for charity work, but just give us one official #Apple store. https://t.co/bmJxH3wJMI