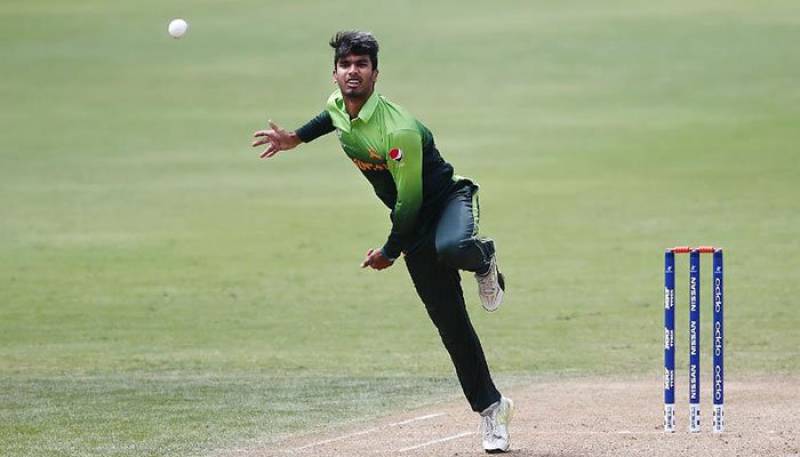 CHRISTCHURCH - Pakistan on Wednesday beat South Africa by three wickets in the quarterfinals of the ICC U-19 Cricket World Cup at the Hagley Oval.

The Green Shirts achieved the modest target of 190 with three wickets in hand and qualified for the semi-final.

The last time Pakistan and South Africa met at #U19CWC it was the 2014 final, where a Proteas U19s side starring @KagisoRabada25 and Aiden Markram claimed victory over a Pakistan side featuring @samiaslam999 and @imamulhaq12! ???? #PAKvSA pic.twitter.com/kzIn6w1tsn

Both the teams qualified for the quarterfinals with two victories and a defeat, but Pakistan emerged as winners of Group D, edging out Afghanistan on net run rate, while South Africa had to settle for second place in Group A after being beaten by New Zealand.

After guiding team Pakistan to the semi-finals and winning his second consecutive Man- of-the-Match award on the trot, Ali Zaryab shares his feelings. #Future11 #U19CWC pic.twitter.com/uID83D8271

After losing their opening fixture to Afghanistan by five wickets, Pakistan came back with a roar against Ireland, bundling out their opponents for 97 thanks to a brilliant spell by Shaheen Shah Afridi. The Green Shirts then chased down the target in just 8.5 overs, boosting their net run rate.

They then sealed the top spot in Group D with a three-wicket win over Sri Lanka in a thriller.

Pakistan are the third-most successful team in ICC U-19 Cricket World Cup history, behind only India and Australia, having taken home the title twice, in 2004 and 2006.