Little Miss Obama and her boyfriend spotted in NYC 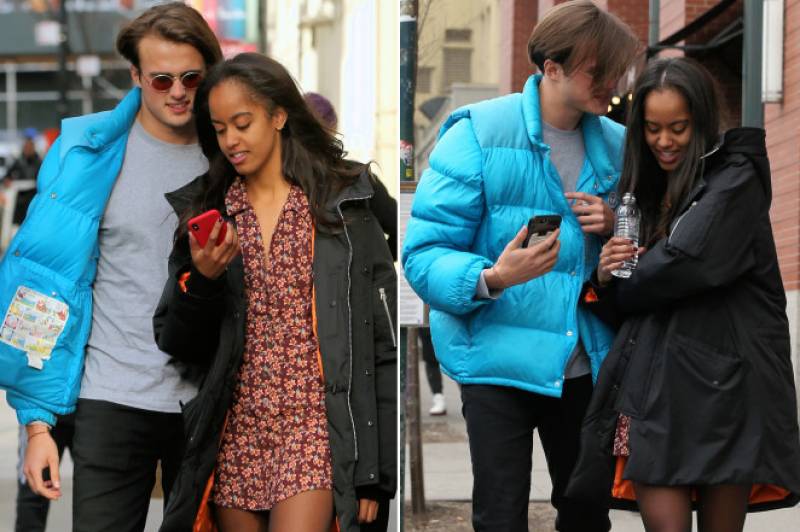 They may come from prestigious families and study at Harvard, but former first daughter Malia Obama and her British beau showed they’re just a couple of regular teens while strolling around Soho over the weekend.

Malia and boyfriend Rory Farquharson were the picture of young love when they were spotted in New York City.

The daughter of former President Barack Obama and her boyfriend — the son of a London banker — joked with one another as they walked down the street, laughing and drinking water.

Farquharson wore an eye-popping sky-blue down jacket and stopped for a smoke at one point. 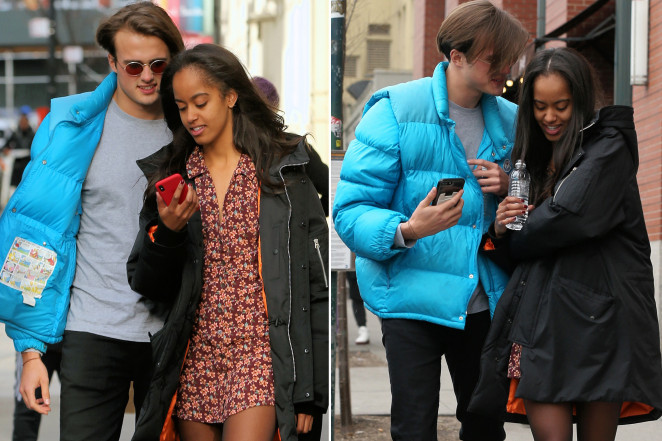 The pair, both 19, also engaged in what every teenager does these days, even on dates — stare at their phones.

Malia was first captured in a video in November kissing Farquharson during a tailgate party at the Harvard-Yale football game. The British press has been cooing over the couple ever since.

The Daily Mail quoted insiders saying Farquharson was considered “quite a catch’’ in high school, having attended the UK’s prestigious Rugby School, which charges about $42,000 a year per student. The Harvard student also plays golf, which might help him score points with his girlfriend’s famous dad, who has been known to hit the links.

The former president has said he doesn’t lose sleep over whom Malia or her kid sister, Sasha - who is 16 - dates. “There’s only so much these guys can do,” he said jokingly.