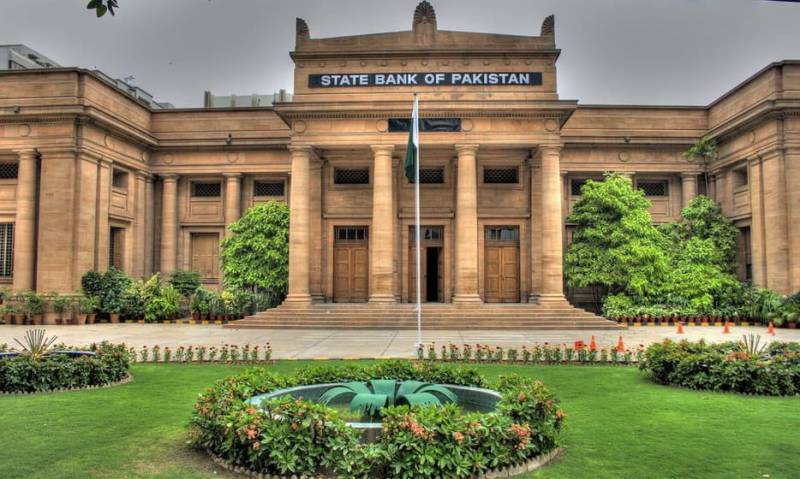 KARACHI – The country’s central bank has relaxed the requirement of prior approval of imports and directed banks to prioritize the import of basic commodities including food, pharmaceutical, and energy, in a bid to ease business fraternity.

The development comes as the business community members approached State Bank amid difficulties in opening letters of credit.

In a statement, the State Bank of Pakistan said businessmen, including various trade bodies, have pointed out that shipping containers carrying imported goods are stuck at the ports amid delays in the release of shipping documents by commercial banks.

It asked commercial banks to provide one-time facilitation to all those importers who could extend their payment terms to around 6 months or arrange funds from overseas to deal with the pending import payments. 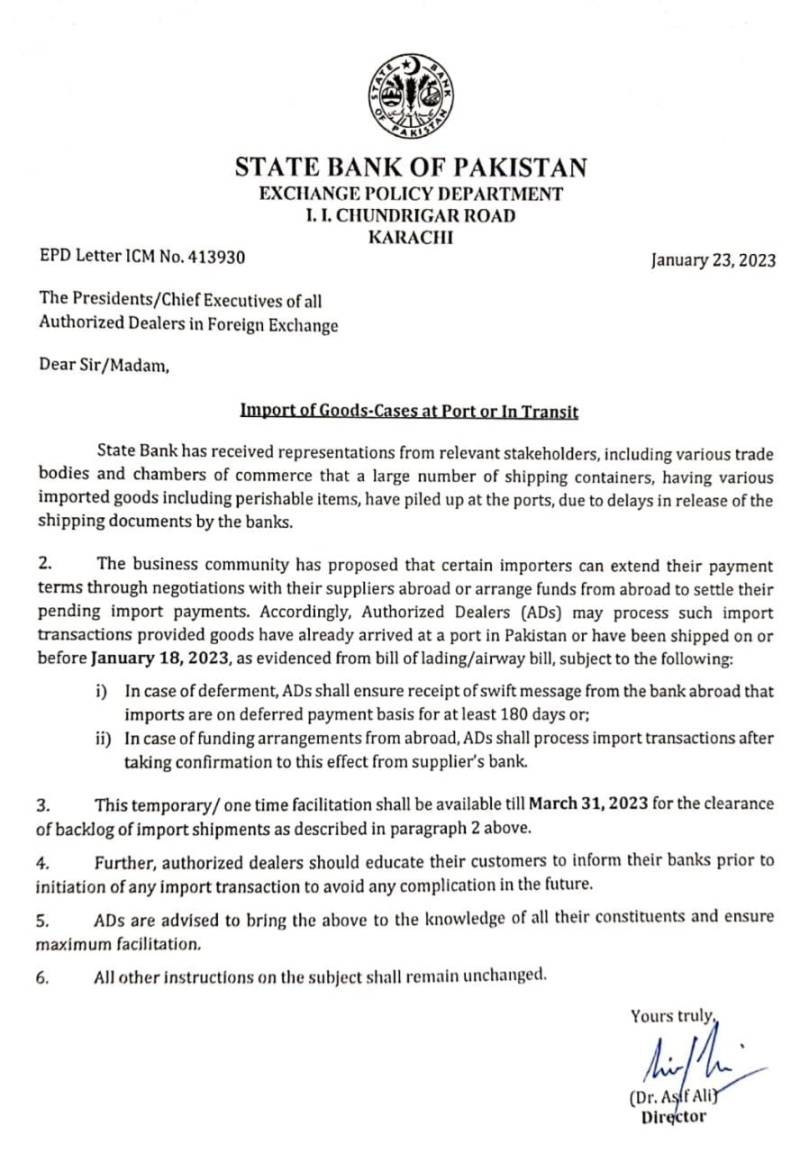 The statement further reads “Accordingly, till March 31, 2023, banks have been advised to process and release documents of shipments and goods that have already arrived at a port in Pakistan or have been shipped on or before January 18, 2023”.

SBP also asked commercial banks to guide their customers to inform their banks prior to the initiation of any import transaction to avoid any haphazard situation.