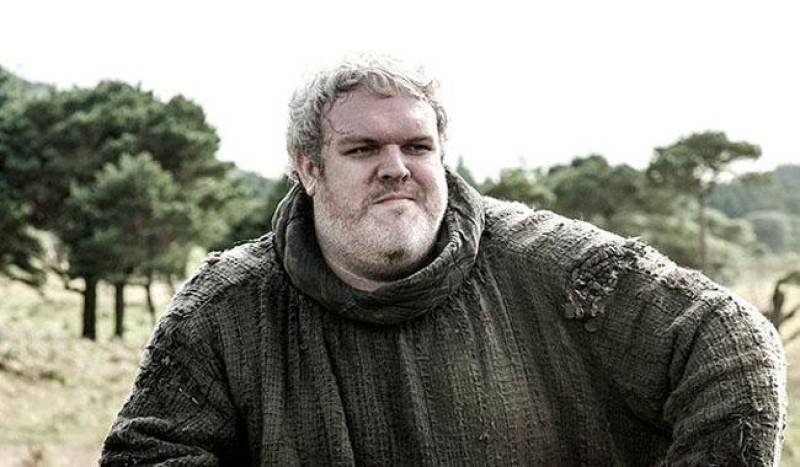 SAN DIEGO - There is no shortage of gruesome, tragic deaths in HBO's hit medieval fantasy series "Game of Thrones," but the demise of the show´s friendly giant Hodor last season still affected the crowd at a Comic-Con panel on Friday, as they loudly cheered his name.

Actor Kristian Nairn received the loudest welcome as he entered the panel at the annual San Diego pop culture event, as fans chanted "Hodor" over and over again.

"The reaction has been overwhelming," Nairn told the 6,500-plus audience as his voice quivered with emotion.

"I apologise for making you cry," he added. Show creator Dan Weiss said the name Hodor, a truncated version of "Hold The Door," had become a joke as it was the only word that Nairn's character could say, but became tragic once it was revealed to be the fate that leads to his death.

Fans of the show have paid homage to Hodor by sticking photographs of his face on ´hold the door´ buttons in elevators and doorstops.

"Game of Thrones," based on George R. R.Martin´s "A Song of Ice and Fire" books, follows the epic fantasy of a multi-generational struggle for control of the Iron Throne reigning the Seven Kingdoms.

It got 23 nominations at this year's Emmy Awards. The next season will be delayed as winter has finally come to the fictional realm of Westeros, and producers have to wait till colder weather to shoot the show.

Benioff and Weiss revealed no plot details but showed a clip of behind-the-scenes footage showing sets, props and costumes being made for next season, as a voiceover said "Welcome home, my queen."

Turner, who plays Sansa Stark, said her character can be taken in many directions after joining forces with half-brother Jon Snow.

"She thinks they should be King and Queen of the North," Turner said. "I'm not sure if she believes that Jon is capable of running Winterfell in the North; she thinks he doesn't have the intellect, knowledge or experience that she has."