Dar: PM to return to country at end of Ramazan; Panama ToRs could be finalized next week 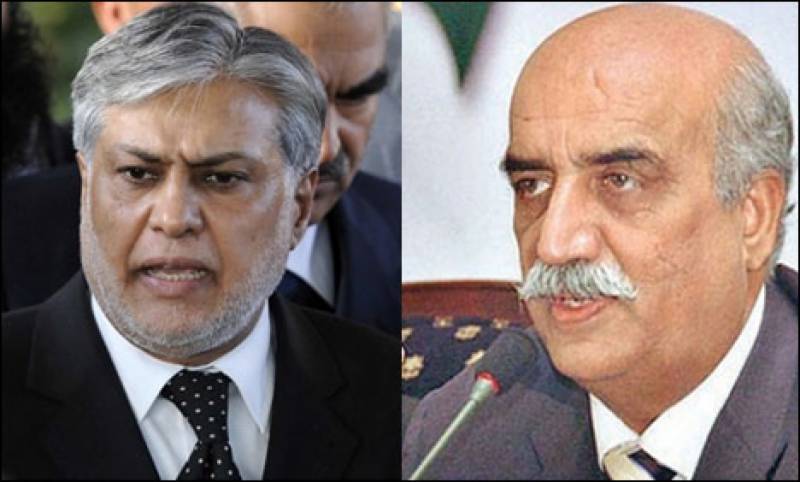 According to details, Dar had an informal meeting with Leader of the Opposition in the National Assembly Syed Khurshid Shah in Islamabad on Thursday.

He informed Shah that doctors were not allowing the PM to return home.

We will try to move forward on the issue of Term of References (ToRs) within a week, he added. He explained that little progress had been made on the ToRs as the federal budget was still being finalized.

Dar said that he had told Shah Mehmood Qureshi that ToRs committee should meet next week.

However, Khurshid Shah said he wanted to consult with his colleagues before agreeing on anything at the meeting with Dar.