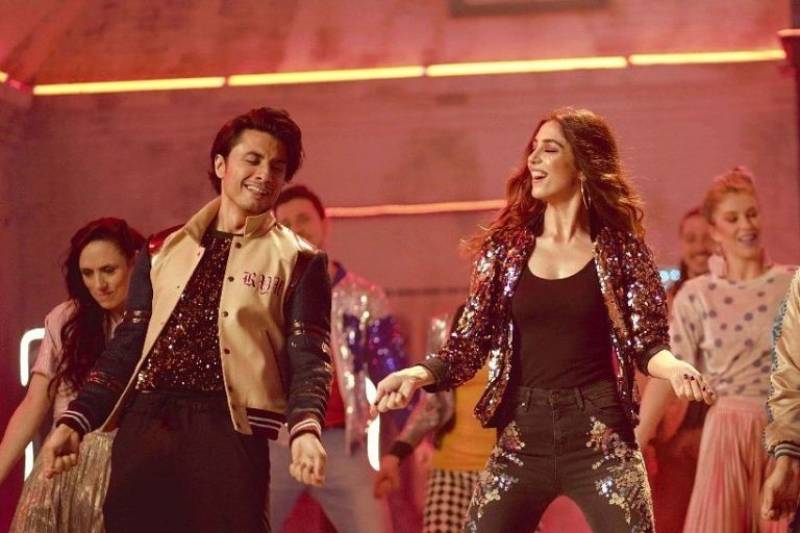 LAHORE-  Teefa in Trouble is a fun-filled movie starring Ali Zafar and Maya Ali as the lead actors. On Friday, The movie officials had released their first item song and we are simply loving it.

An event was being organized at the Royal Palm club, Lahore to celebrate the release of the item number. The whole movie cast was present at the event along with many other celebrities of Pakistani Showbiz industry.

Speaking to an audience at the launch, Ali Zafar said that many positive changes were occurring in the Pakistani film industry now. and talking about the movie the Huqa Pani singer shared that they had worked with great effort for the success of the movie.

The actor had also thanked his fans and followers for liking the movie trailer.

Maya Ali also revealed the exciting news of item song release on her instagram account. The Man Mayal actress was very happy to be a part of the movie and she expressed that"This was my first film, with Ali Zafar.... We have worked hard on it so fingers crossed and I'm so excited".

The song is being directed by the talented director Ahsan Rahim and Ali Zafar has proved that he is surely a super actor who has also worked in many Bollywood movies also. Below is the video clip of the much-awaited item song of Teefa in Trouble:

The song is going to be a background music for parties, gathering and cars song choice in the future and the video is very entertaining to watch.

The movie is all set to hit the cinemas on July 20 across Pakistan and internationally also.