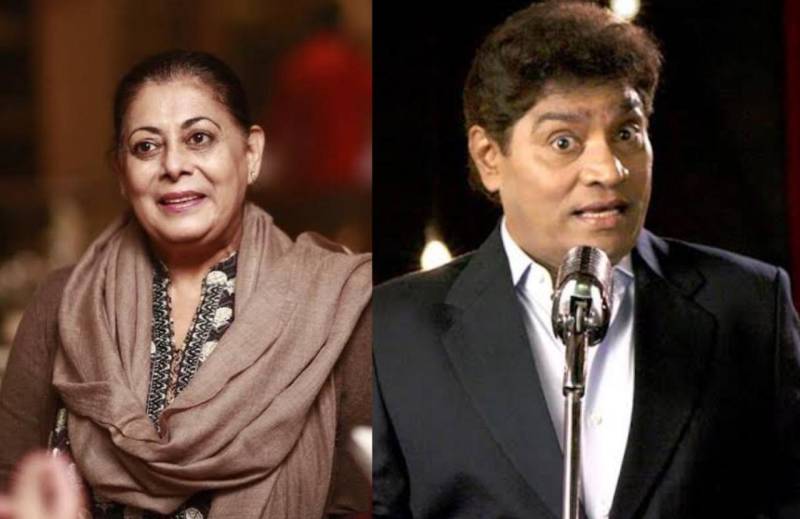 Breaking barriers and complimenting the artist of a neighbouring country seems pretty challenging on the general outlook but the latest interaction between veteran Simi Raheel and Bollywood actor Johny Lever is definitely super sweet.

Simi Raheel is blessed with impeccable acting skills plus great onscreen presence and prominent Indian comedian actor Johny Lever seems to agree as he complimented her.

Turning to her Instagram handle, the Anaa star shared the cross border interaction as she had a cute fan moment. The actress par excellence gushed over how good it felt to receive praise from the Bollywood legend Lever, an artist she truly admired.

“When an Indian film legend calls you to tell you they loved a character you played, it’s a wow omg moment! Johny Lever, who I am a fan of spoke about his love for my work and it was a huge moment for me! Thank you, Johny Lever. You are a fine actor and I am a huge fan.”

The adorable exchange comes as a breath of fresh air considering how Mahira Khan’s desire to work with Indian artists was met with a stern response from Raj Thackeray's right-wing Maharashtra Navnirman Sena.

Amid the escalating political tension, the Indian government issued a ban on Pakistani artist. Later, MNS issued a statement emphasising that no Pakistani artist will be allowed to work in India, according to the Times of India.

Ameya Khoplar, the president of the MNS cinema wing said in a statement, "We will not allow Mahira or any other Pakistani artists to work here be it Maharashtra or in any part of the country."

Amid the escalating tensions between Pakistan and India, many artists were forbidden to interact or work with their ...