Here's how you should spend the long holiday on 23rd March 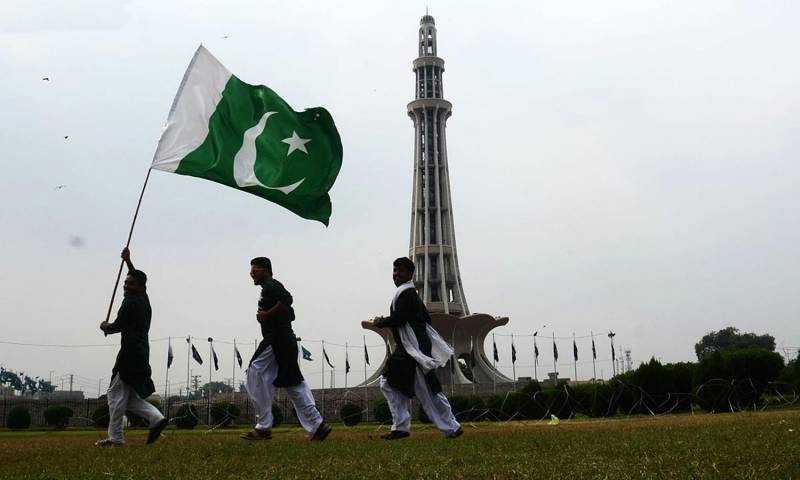 LAHORE - As the month of March arrives, the feeling of patriotism surges to a new high among Pakistanis. Are you someone who is curious about this upsurge?

This feeling of freedom and patriotism is associated with the month of March for various reasons. Not only does it instil hope for a better future with the blooming flowers, which marks the arrival of the spring season, it is also cherished because of the historical significance that it has for Pakistan.

The most prominent day of the month is 23rd of March on which prominent leaders of the Muslim gathered in 1940, at the famous Minto Park in Lahore, to pass a resolution which revolved around the Muslims drive for a separate homeland within British India.

Therefore, the resolution is considered to be one of the major events that laid the foundation for Pakistan and is celebrated with utmost patriotism.

This article by Jovago Pakistan is a part of the online hotel booking website’s Safar e Pakistan campaign which is all about highlighting the beauty that Pakistan possesses. It includes the places that are a must-visit to celebrate 23rd March and remember the message that it brings about.

The celebration of this important milestone in Pakistan’s history will be incomplete without a visit to the Minar e Pakistan in Lahore, where the resolution for a separate Muslim homeland was passed. With an approximate height of 70 meters, this national monument was built to commemorate March 23, 1940. Situated in Iqbal park which is a major public attraction, the Minar e Pakistan is adjacent to the famous Badshahi masjid.

The beautiful monument in constructed in the shape of a flower petal and is located in the Shakarparian Hills in Islamabad. With an area of 2.8 hectares, the monument symbolises national unity. The adjoining museum is a major public attraction because it is home to wax monuments that depict important events that lead to Pakistan Movement.

This is the final resting place of the Father of the nation Muhammad Ali Jinnah who played a major role in the creation of a separate state for Muslims of South Asia. Situated in the largest city of Pakistan, the mausoleum is the largest of its kind in the country. It is built out of white marble and is a sight on its own. Important artefacts which are of historical significance are kept at the museum which is adjacent to the mausoleum.

The beautiful valley of Ziarat in the province of Balochistan is famous for its serene environment which entranced the founder of Pakistan Muhammad Ali Jinnah as he spent his final days there. The tourists are not only attracted by the historical significance of this place but the lush green lawns of the residency provide a spectacular view of the entire valley.

If you have information on any other place that is connected to 23rd March in any way, then do share it with us in the comments section below.

'Powerful storylines and brilliant actors': Here are the top Pakistani movies of 2022