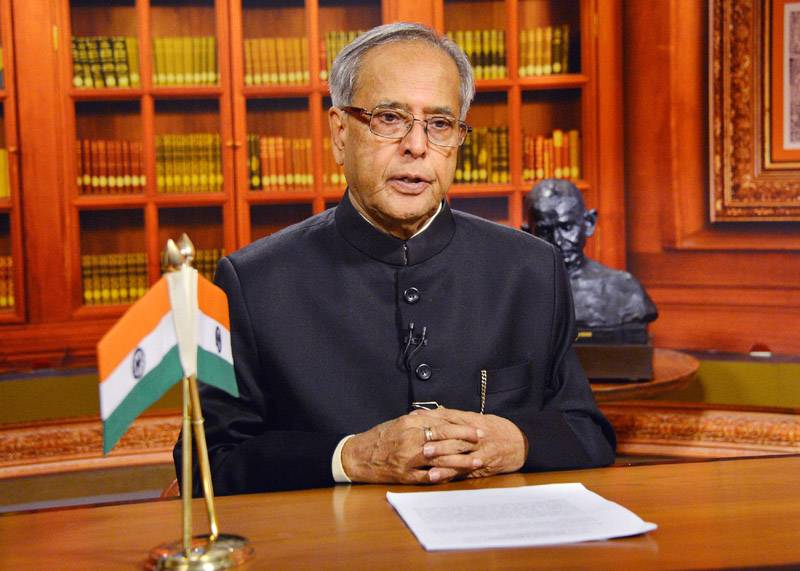 NEW DELHI - In an unexpected development, Indian President Pranab Mukherjee on Thursday took to Twitter to greet the Pakistani nation and the government in connection with national day celebrations.

"Greetings to (the) government and people of Pakistan on their national day," tweeted Mukherjee.

He further wrote, "India is committed to building ties with Pakistan in an environment free from terror and violence."

The greetings were extended as the nation celebrates the 77th Pakistan Day with national zeal and gusto.  The Pakistan Day parade was held at Parade Avenue near the landmark Shakarparian hills as Pakistani nation is celebrating 77th Pakistan day with gusto.

Earlier, President Mamnoon Hussain in his address had said, "We are ready for dialogue with India and want to resolve the incomplete agenda of the division of the subcontinent, in accordance with the UN resolutions on Kashmir."

Pakistan Day commemorates the passing of the Lahore Resolution, when a separate nation for the Muslims of the British Indian Empire was demanded on March 23, 1940 as well as the declaration of the republic on the same day in 1956.