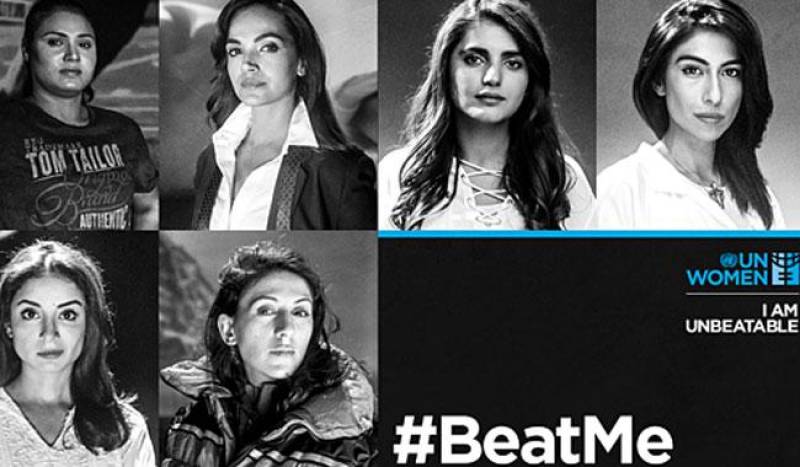 But the catchy tagline "Beat me" was actually taken from a not-so-old campaign #TryBeatingMeLightly initiated by Fahhad Rajper which also later went viral internationally.

Nowhere in the UN's video the artist has been given her credit, but rather profess it to be their own idea.

Try beating me lightly campaign featured Pakistani women who voiced against the misogynist bill passed in the country which allowed men to beat women up 'lightly'. Pakistani women took to Social media to make their voices heard.

A number of Pakistani women took to Social media to make their voices heard. Take a look at what some of them had to say.