WRC lauded for promotion of peace in Pakistan 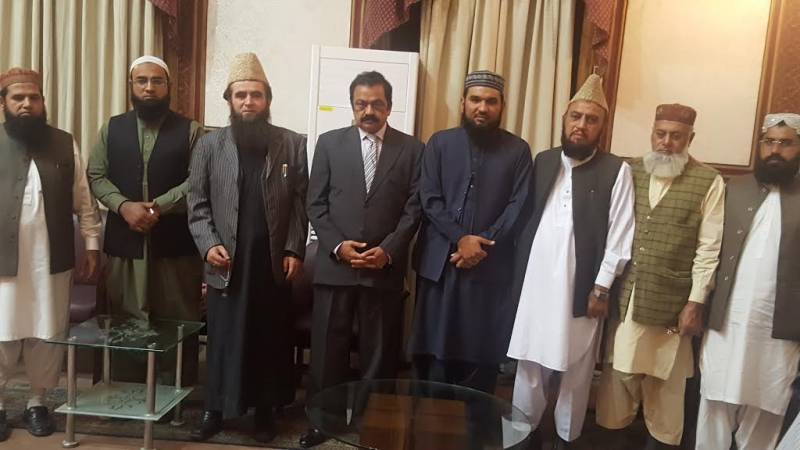 LAHORE - Punjab Law Minister Rana Sanaullah has lauded the World Council of Religions for its efforts and achievements for promotion of peace, stressing a dire need for collective efforts to maintain peace on every level.

“We need to be united, and rise above the differences of caste, color, creed and religion,” the provincial minister said during a meeting with WRC delegation on Wednesday.

He added Pakistan is being defamed globally only because of a small chunk of extremists and it is possible only through collective maneuver that Pakistan can survive the conspiracies.

He further said the WRC’s efforts for peace helped the government to maintain peace, and law and order throughout the month of Muharram.

A campaign will be initiated with the help of WRC to fight against the extremism and for the prevention of radicalization among youth. It will begin from Bahawalpur division.