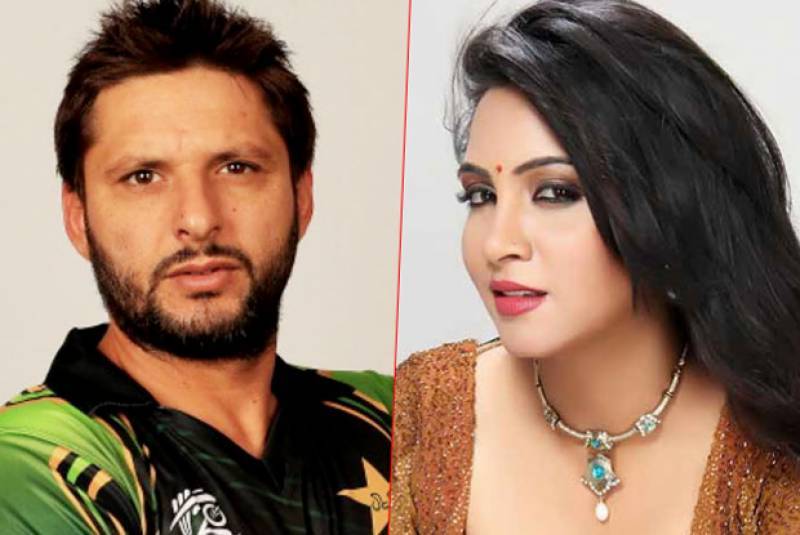 NEW DELHI – Indian actress and former Bigg Boss contestant Arshi Khan, who had made false claims about having a physical relationship with star Pakistani cricketer Shahid Afridi a few years ago, was injured in a road accident in the Indian capital on Monday.

The incident took place in Malviya Nagar when she was going somewhere along with her assistant in her car. She was shifted to a hospital with minor injuries.

In 2017, the Indian actress, who was part of the Bigg Boss Season 11, did a publicity stunt and claimed that she had an intimate relationship with Afridi. Later, she withdrew the allegations and apologised to the Pakistani all-rounder.

She also posted some controversial videos on social media platforms to express what she called her love for Afridi.

In one of the videos posted in 2016 during a Pakistan and India T20 clash, she announced going online naked if Afridi smashes a century in the match.

MUMBAI (Web Desk) - Indian model Arshi Khan has claimed that she has been offered $1 million (Rs100 million) by a ...

Earlier this year, the Afghanistan-born model, who moved to India at the age of four, claimed that she was going to get engaged to an Afghan cricketer, but things might change after the Taliban takeover of country. She called off her engagement in August this year after the Taliban took control of Kabul.