Why did Arshi Khan level allegations against Shahid Afridi? Her friend reveals 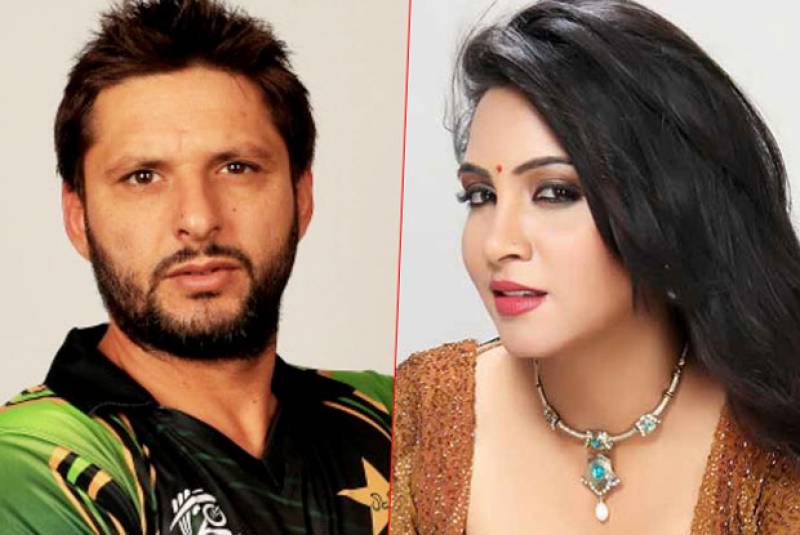 MUMBAI -  Controversial Indian model Arshi Khan’s claims regarding her relationship with former Pakistan skipper Shahid Afridi were rejected by one of her childhood friends who cited fame as the core reason behind Arshi's actions.

The close confidant of Arshi, ‘ Gehana Vasisth’ who happens to be Telugu movies actor, contradicted Arshi's claim of an unethical relationship of Arshi Khan with flamboyant Afridi, clarifying that Arshi never communicated with the Pakistani star player.

'Forget about having sex with Afridi, Arshi Khan has never met him face to face or even spoken to him on the phone even once in her lifetime,' Gehana Vasisth said in an interview, India Today reported.

Vasisth expressed that the Indian media also stirred a hullabaloo regarding the alleged relationship without verifying anything adding that Arshi was married to a 50-year-old man.

'Arshi used the tactics to gain fame and as many as 10 cases are pending against the Bollywood star' said Gehana Vasisth.

Going a mile more in 'exposing' Arshi Khan, her friend detailed that Arshi aged 32 despite her claims that she was 27.

The actor maintained that Arshi had also submitted fake educational qualifications while applying for the reality show.

Taking aim at the bigwigs of famous Indian reality show Big Boss, in which Arshi Khan is currently participating, Vasisth wondered as to how the Big Boss selection was being conducted without any proper check and balance system.

Arshi is participating in the 11th season of reality show ‘Big Boss’ hosted by Salman Khan along with other artists including Jyoti Kumari, Shivani Durgah and others.