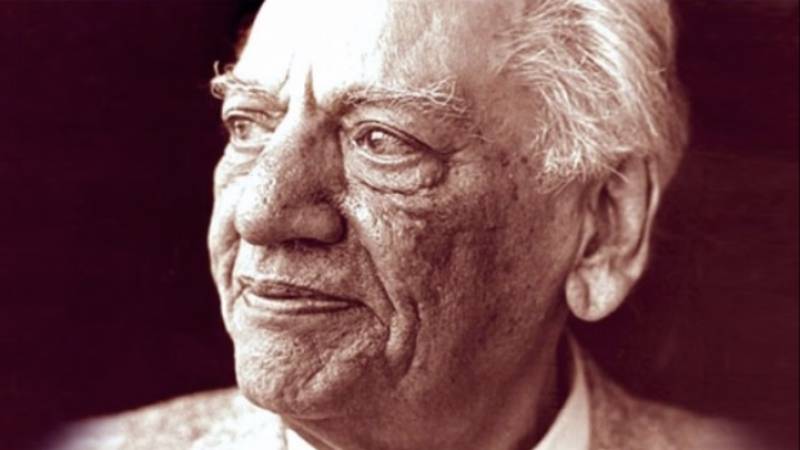 Islamabad: Today marks 36 years ever since the legendary poet and writer Faiz Ahmed Faiz left us.

Faiz Ahmed Faiz was a poet with a special and unique identity. He was born in Sialkot in 1911 and received his early education from Church Mission School and Masters in English and Arabic from Government College, Lahore.

Faiz Ahmed Faiz’s literary work and poetry had its influence on Urdu literature all over the world. He was fluent in six languages, including Russian and Persian. He wrote eight books and several collections of columns. While being the student of Patras Bukhari (another famous being in Urdu Literature), he published his first collection of poetry – ‘Naqsh – e- Faryadi’ in 1939.

Faiz Ahmed Faiz did not lead a comfortable life. He remained imprisoned for four years in the Rawalpindi conspiracy case and was labeled as a poet of revolution for rebelling against outdated traditions. In his poetry, Faiz Ahmed Faiz raised his voice for the poor and especially the working class.

They also had to endure the hardships of imprisonment because of their ideology. He was nominated for four Nobel Prizes. He was awarded the Lenin Prize, the Nishan – e – Imtiaz, and the Nigar Award.