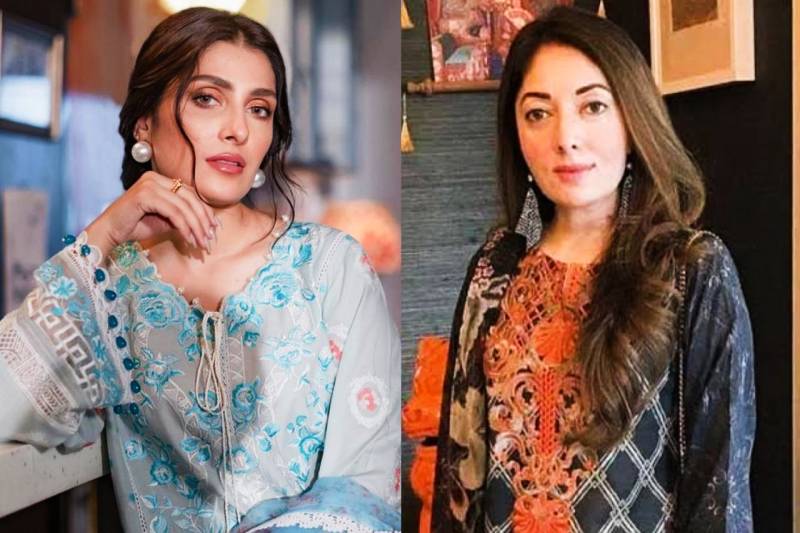 Amid the ongoing femicide in Pakistan, Ayeza Khan's new drama Laapata became an internet sensation overnight as it triggered a massive backlash.

In particular, a scene from the drama serial has left the netizens appalled over careless behaviour as they expressed their displeasure towards Ayeza Khan and director-writer Khizar Idrees.

Jumping onto the bandwagon, prominent celebrities slammed the scene and felt that it trivialised the movement that has empowered women to finally break the silence and report harassment.

Sharmila Faruqui also joined the critic vicinity as she expressed utmost disappointment in the drama Laapata.

"Appalled to see a clip from drama serial ‘laapata’ where Geeti played by @ayezakhan.ak is seen blackmailing a shopkeeper with false harassment claims. Trust me, harassment is real, it’s hurtful and just destroys you. "

"Women In our country have been going through hell for crimes against them.. such Pakistani dramas which show extreme insensitivity towards such issues need to take responsibility for such poor depiction of real-time issues being faced by women across the country." she urged

Further, the politician added, "The general public idolises dramas & the stars working in them. What message are you sending across to them?Our country has seen an unfortunate surge in horrendous crime against women and humanity at large."

"This only makes it worse…. P.s I love @ayezakhan.ak otherwise for her worthwhile performances in other dramas," she concluded while praising Ayeza's performance.

One of the leading actresses of Pakistan Ayeza Khan has left her fans swooning with her latest dance performance in new ...