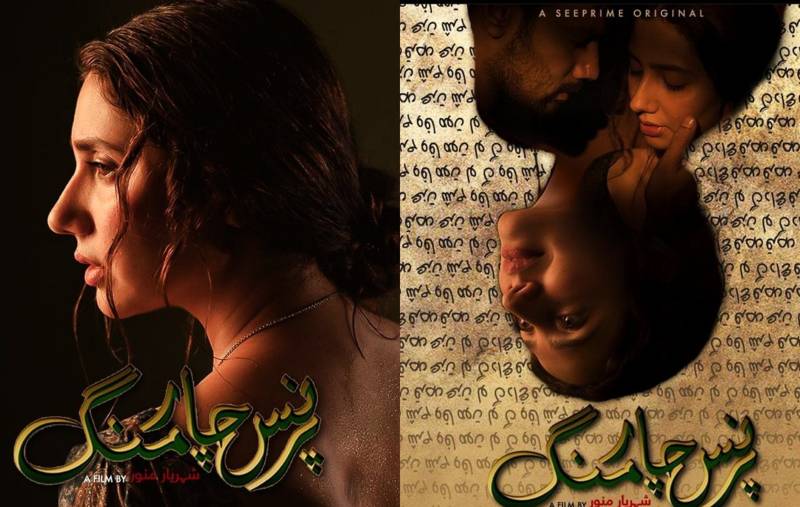 A fan and critics’ favourite, Mahira Khan is a talent powerhouse who bowled the audience with her charismatic performances in the entertainment industry.

Continuing with her streak of successful ventures, this time around the superstar will be starring in Sheheryar Munawar's directorial debut Prince Charming alongside the versatile Zahid Ahmed.

With a star-studded cast, the expectation from the project has skyrocketed. Turning to her Instagram handle, Khan gave a sneak peek as she shared the poster.

“As actors we make ourselves vulnerable to our directors, to the audiences, to the world at large.. but a lot of times we protect ourselves as well, by not fully tapping into memories or thoughts that are too dark for us to handle. I know, I do that many times to protect myself."

“Sometimes though, you let your director tap into that vulnerable you. It’s scary but it’s also freeing. Sherry, I surrendered to your vision and I don’t regret it one bit. I am so so proud of you.. as your friend and as your actor. @sheheryarmunawar”

“Was a pleasure working with the entire team. My co-actor Zahid and the rest of the crew - pleasure! More on that later. For now.. sherrryyy, may you shine bright like a diamond, always Ameen,” she concluded.

Moreover, the director of the film Sheheryar Munawar also gave a shoutout to the cast, "sharing the poster of my first narrative(short film) as director. from penning it to calling action to working on the post, each step has been magical."

On the work front, Mahira has been trending on Twitter with hashtag #WelcomeBackMahira since last night after the first episode of her drama serial "Hum Kahan Ke Sachay Thay" aired.

The iconic Pakistani drama serial Humsafar catapulted Mahira and Fawad Khan to superstardom. Despite Humsafar being a ...