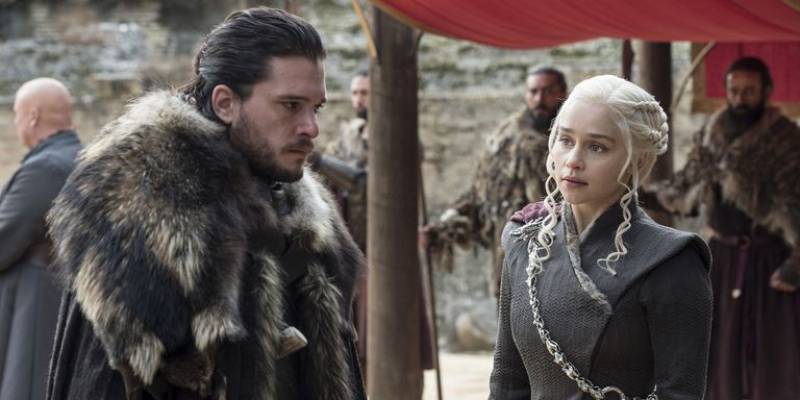 NEW YORK - George R.R. Martin, author of epic series 'Game of Thrones' has announced a new book to be released in November.

However, much to the disappointment of fans, it is not the next installment of  'Game of Thrones' saga, but a fantasy prequel set several centuries before in Westeros. 'Fire and Blood' is a fantasy historical text setting out the history of Targaryen dynasty.

FIRE & BLOOD, the history of the Targaryens, will be releasing in hardcover on November 20! Read more about it in my blog post: https://t.co/Y6kdsfEds9 #FireandBlood pic.twitter.com/URFJRzGA9r

Martin said on his blog, "I love reading popular histories myself, and that’s what I was aiming for here,” Martin said on his blog today. “So: not a novel. Everyone clear on that? (Though there are enough stories here for twenty novels. Battles, bloodshed, betrayals, love, lust, horror, religious wars, politics, incest, historical revisionism, all the fun stuff).” The book will cover “all the Targaryen kings from Aegon I (the Conquerer) to the regency of Aegon III (the Dragonbane), along with their wives, wars, siblings, children, friends, rivals, laws, travels, and sundry other matters … Oh, and there are dragons too. Lots of dragons."

As for the sixth volume in the series of 'Game of Thrones', we shall have to wait, as Martin has said, "No, winter is not coming… not in 2018, at least."