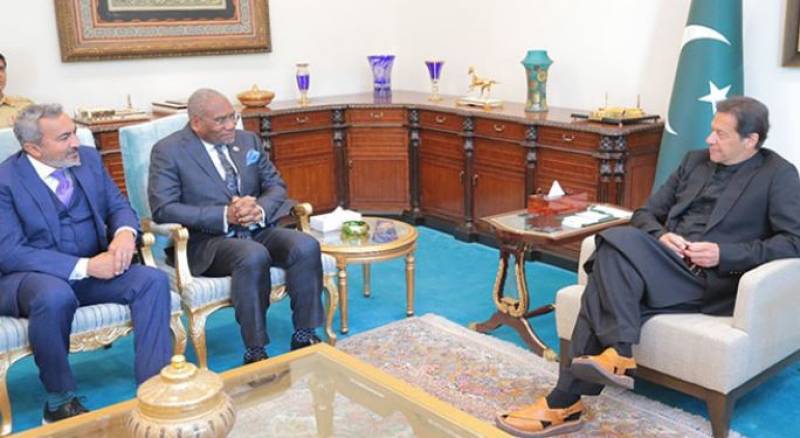 ISLAMABAD – Prime Minister Imran Khan emphasized that Pakistan and the US needed to deepen engagement for peace, stability, and economic development in neighboring Afghanistan.

The premier also underscored the urgent need to financially assist the Afghan residents to avert a humanitarian crisis and economic collapse.

Khan made the statement while speaking to Chairman of House Foreign Affairs Committee Congressman Gregory Meeks and Chairman of the Subcommittee on Asia, the Pacific, Central Asia, and Non-Proliferation, Congressman Ami Bera, in the country’s federal capital.

The Prime Minister warmly welcomed both Congressmen’s visit to Pakistan and hoped that it will not only lead to further deepening of Pakistan-United States relations but will also be instrumental in strengthening ties between Parliaments of the two countries.

Khan hoped that visit of US dignitaries will not only lead to further deepening of Pak-US relations but will be instrumental in strengthening ties between the Parliaments of the two sides.

The Congressman also maintained that both sides should work to strengthen bilateral trade and economic relationships as well as co-operation in health, security, counter-terrorism, and combating climate change.

The US delegation also called on Foreign Minister Shah Mehmood Qureshi. During the meeting, FM also underscored that Pakistan valued its longstanding relationship with the United States and wanted to further deepen and widen this relationship.